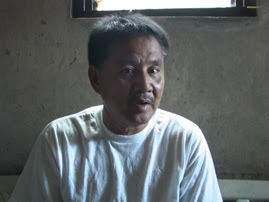 The only person who can tell the REAL Weng Weng story: an interview with Weng Weng’s only surviving relative, his brother Celing.


Cecilio (“Celing”) de la Cruz: My mother and father are gone, everyone’s gone. I’m the only one left. Everyone got sick.

Andrew: Where is the family from?

Celing: In Baclaran, that’s where I was born and grew up. We lived in that small house when we were young. I went elsewhere, I moved here (to ). When I came back to Baclaran, Weng Weng was still alive. 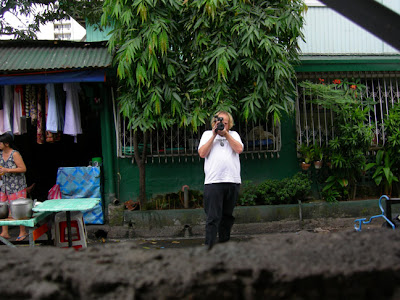 We were born with nothing. When he was an actor, our house was a Nipa (dried palm leaves) hut. When he died, we still lived in a hut. The floor was about to collapse to the ground. I had the old home repaired because it was dangerous to live there – the roof was made of Nipa. When Weng Weng died, we were able to get some money from Standard (insurance company). That’s where I got the money to fix the roof. 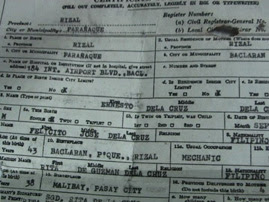 Weng Weng was born Ernesto de la Cruz to parents Felix and Rita de la Cruz, the youngest of five brothers (eldest Arturo, then Benjamin, Cecilio and Danilo), on 9th September 1957 in Balacaran, a district of Pasay City, now part of the sprawling 17-city Metro . A condition known as primordial dwarfism caused him to be born, in the words of his brother Celing, “as small as the small Coke bottle”. 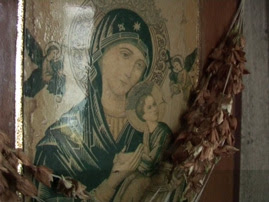 Ernesto was not expected to live. Naturally, it was declared a miracle when he did, and in a country that venerates miraculous acts of faith, it is no surprise that Weng Weng was dressed as the Christ-child figure at the head of Baclaran’s yearly Santo Nino parade. His family nicknamed him Weng Weng, an epiphet usually reserved for toy dogs. 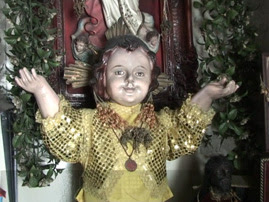 Was he a naughty child?

Naughty. Really naughty. The laundry wire connects our window to our neighbour’s window, he would always walk across it. People see him on the clothesline, like monkeybars! He liked to tumble when he was a kid. Because his arms were big and he could easily carry his light body. Sometimes we fought karate for fun.

My mother always brought him along whenever she went to Church. Before show business, he used to dress up as the Santo Nino. He was invited to fiestas, to attract audiences. A lot of people came to see him. He never went to school.

Eddie Nicart told us he was a cigarette vendor.

My mother never let him work. My mother just told him to play all day.

How was he discovered?

How old was he then?

Where did the Caballes come from?

Peter Caballes is from Liliw, Laguna. He and Cora used to live here in Pandacan.

Peter and his wife, the successful businesswoman Cora Ridon Caballes, took Weng Weng on the rounds of film producers, including Bobby A. Suarez, whose novelty kiddie films The Bionic Boy (1977) and Dynamite Johnson: The Bionic Boy Part 2 (1978) were already international hits. Suarez turned down the idea of Weng Weng as a midget Superman, but successful indie producer/director Luis San Juan, who specialized in kung fu films for the export market, cast Weng Weng in a cameo in a film whose name is now lost to the sands of time. The Caballes’ own Liliw Productions also bankrolled the martial arts comedy Chop-Suey Met Big Time Papa (released February 1978), and cast Weng opposite legendary Filipino comedian Ramon Zamora.

At first he appeared as an extra. He then made movies with Dolphy. He also met Imelda. Then he starred in his own films. 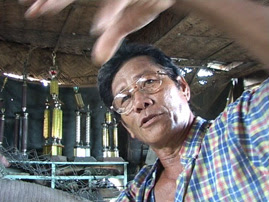 What was the first movie he starred in?

The 1982 International Film Festival was designed by First Lady Imelda Marcos as an elaborate showcase of Filipino culture. To everyone’s horror, the only film that sold to the world was a midget spy film – a miniature mockery of Western pop iconography, and a joyously naïve celebration of Filipino Goon Cinema - called For Y’ur Height Only. 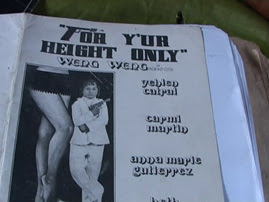 Weng Weng became an instant superstar, appearing on TV and at parties, film festivals, movie openings. Liliw Productions quickly cranked out a much less successful Agent OO sequel, The Impossible Kid (1982), and a modern Pinoy western D’Wild Wild Weng (1982), starring Weng Weng as a government agent known as “Mr Weng”, which doesn’t appear to have made it beyond the borders.

Do you remember the ones he was an extra in?

I can’t remember how many films he acted in. 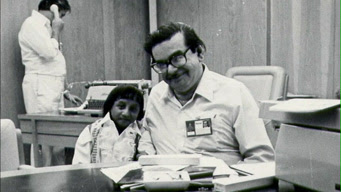 What’s your favourite moment from your brother’s films?

My favourite stunt is with the umbrella.

Did he live with the Caballes?

He just took a vacation in Peter’s house, he never lived there. Just for two weeks or so. Also during shooting and promotions. When he got a stroke, it was here at home.

Did being a star ever go to his head?

He never changed when he became a star. Because he was a simple guy who didn’t actually study. His joy is shallow – little gifts, trips – what he was when he was small, he never changed. He always greets people wherever he is. Wherever he went, people were fond of him. After work he goes home, plays – just like a kid.

People say he got offended when people treated him like a little boy.

He didn’t get offended even if people tease him. Some even tried to get him to do monkey bars on their arms, and he did! 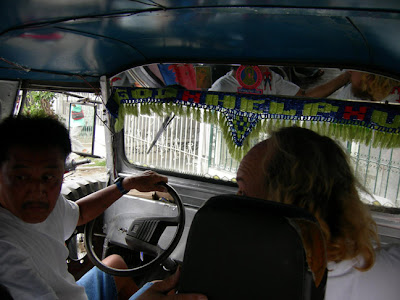 Celing and I in jeepney

He never splurged. He died poor. He wasn’t able to give us gifts, even his mother. He never handled his money; Peter Caballes did all the transactions. He just gave Weng Weng change, pocket money, that’s it. Our mother was just happy he was enjoying doing something.

Was Ernesto ever married?

He never got married. He never had a girlfriend. Girls just like him.

As the profits diminished, Cora Caballes moved on to a political career and Liliw Productions folded. As a result, Weng Weng found himself no longer flavour of the month and without a film career.

When did he stop making movies?

He stopped in the Eighties. 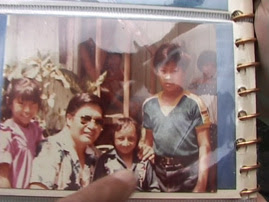 Weng Weng in paratrooper uniform, photo provided by a childhood friend in Baclaran

He really liked doing stunts. He even became a real agent with an authentic gun. The small (25 callibre) gun called the Senorita. When there’s a raid, he’s the first one who enters. During the time of Ramos. He used to be stationed as an Agent at , and authorized to carry a gun by President Ramos during his term. Because Pete’s wife Cora is a relative, they brought him to Ramos. Ramos was fond of him.

After the movie phase, he just stayed at home. And that’s when he got an attack. He was sleeping then.

Why did Weng Weng fade into obscurity?

He was quiet because he was sick. And we’re not a family of actors. So we can’t really do anything (to promote him). So when he got sick, that was it. And Peter Caballes never came around anymore. No reporters came to interview him. 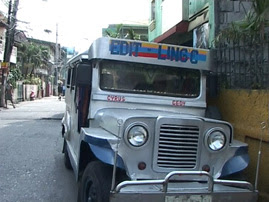 When he got sick, Peter Caballes sent him money sometimes. But the truth is, even when he got famous, our way of living never changed, we never got rich. Sometimes we ate, sometimes we didn’t. It’s OK. Not like some actors who bought stuff (with their money) as soon as they could. We were never like that, we never even got our house fixed. Not even the window. We never got filthy rich. Just simple living, eating three times a day.

When he got sick, he lost his connections with the media .The Weng Weng imposters came up, appearing on TV. I never believed it ‘cos I was the brother. Even after his death, the media made it appear he was still alive, with these impostors.

He continued to live in the family home in Baclaran, gained weight and, according to some reports, drank heavily, and developed hypertension after a severe reaction to eating crabmeat. His health declined steadily over the next twelve to eighteen months.

He got sick with high blood pressure. His brother brought home crabs for dinner. Weng Weng ate one. Next day he was rushed to the hospital. He got well. He still stayed at home.

Did he fall into a coma?

He wasn’t comatose. He was able to walk, he was in therapy for more than a year. In the end, he died. 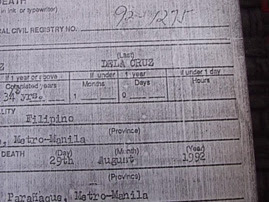 Weng Weng passed away on 29th August 1992. His death certificate lists the cause of death as “cardiac arrest due to hypertension”.

Celing: When Weng Weng died, Peter Caballes took care of the cost of the funeral. A lot of people went to his funeral. Lotis Key was there.

The ’ tiniest film icon is buried in a modest white concrete tomb with his parents, grandparents and great-grandmother in Cemetary. 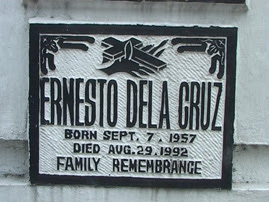