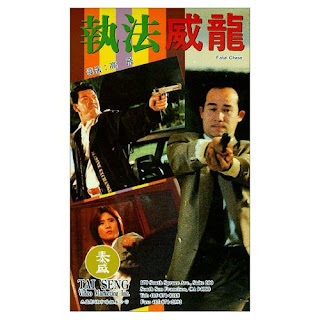 Synopsis (from the Laser Disc cover): Senior police inspector Marcus Lee and unconventional undercover cop Robin track down the vicious drug dealer Dion in . Together with the senior political bureau officer Cynthia, Robin take the criminal to the for prosecution. But once they arrive, Dion is rescued by his boss, Tiger, leaving Cynthia and Robin with more than their responsibility to deal with rigtheous sergeant, Philip, of the police department, has to keep his eye on Cynthia and Robin under the instruction of his corrupted captain. Tiger, the coldly ambitious leader of the local gang, who builds an empire of crime in , has determined to eliminate anyone who will hinder his way of making money. They include Robin, Cynthia, Philip, Philip's partner, Ronnie and Tiger's rival gang leader Tango. Between Robin and Philip, it is a case of conflict at first sight ; However, when Ronnie and Cynthia are brutally killed in the line of duty by the deadliest killers sent by Dion and Tiger, Robin and Philip finally get together and will stop at nothing to launch a mission against the baron and to fight for Justice with unexpectedly violent results. 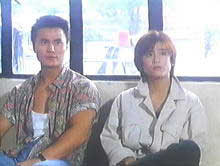 After Waise Lee, in a cameo role, arrests the Philippino gang leader Torres in HK, he is extradited to the , escorted by Inspector Dragon (Robin Shou) and Yukari. On arrival Torres escapes with the aid of corrupt police officers. Yukari doesn’t have much to do until she and Robin Shou confront Torres and his gang. She has a brief but excellent fight wielding a baseball bat, with nice combination kicks. But she is stabbed to death by Torres only halfway into the movie. Dragon then teams up with a Philippino police officer played by Philip Ko. Together they take on a series of gang members, until eventually killing Torres in a final confrontation. Yukari only has an expanded cameo role, with most of the action involving Robing Shou and Philip Ko. The editing is choppy, complicating an already confusing story. Unfortunately some of the action scenes alternate rapidly with comic elements that seem out of place.

Review by Jeff Hollis from the Internet Movie Database:

At first, this film seems amateurish and silly. In fact, some of the early dialogue is laughably simplistic. Then, something strange happens. It starts to grow on you. The concept is a tried and true one: a couple of cops (played by Robin Shou and Yukari Oshima) have to escort a notorious bad guy back to his homeland (The Philippines). Before they know it, the bad guy has escaped custody and the Philippine authorities just want the cops to go back home. The cops refuse (of course) and vow not to leave the country until the bad guy has been apprehended. The Philippine authorities assign our heroes a babysitter (a reluctant Filipino cop) and before you can say, "BLACK RAIN," the babysitter becomes a co-conspirator and they all take on the bad guys. While there are far better films revolving around this concept, this one has plenty of bells and whistles. My favorite aspect of the film is a pair of silent assassins (one man, one woman) who appear to be completely emotionless and cock each other's weapons with their feet and reload each other's guns after a rampage. Another is a particularly scrappy Filipino midget with a big attitude. There are a few impressive fist fights and even a moment or two of real emotion, but for the most part, it's just a cheesy little fun film that hardcore film fans will probably get a kick out of (pun intended).