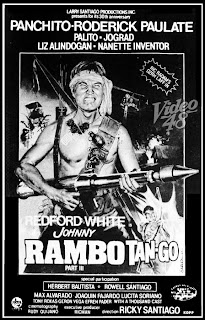 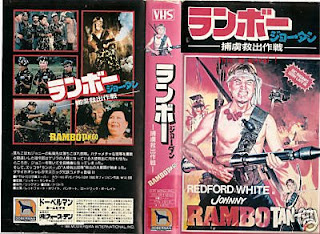 I cannot believe I am commenting on this one, I saw it quite a long time ago and I don't think I can find it now. As far as I recall it was a pitiful parody of the Stallone movie, but sometimes I miss this turkeys. The same actor made other movie "Rocky Tango 4", I never saw it but sure it was even worse. To sum up, this was incredibly cheesy, jokes was just unbearable including a reference to the delightful song: "We are the world" but despite everything I do not know why Spanish freaks don't recover this, for the freaky fans, this is a must. And oh!, I was about forgetting about it but the acting is the most atrocious I have ever seen, specially the Gay character. 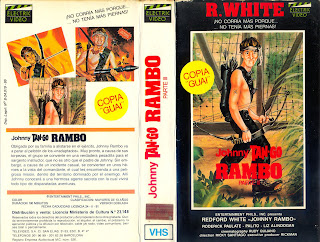