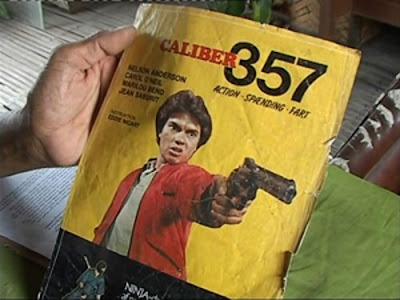 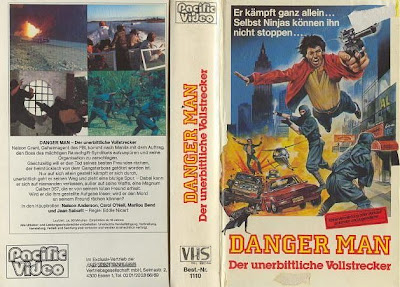 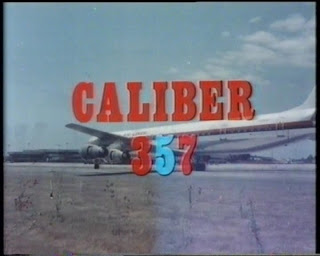 Covertext (taken from the German tape): Nelson Grant, secret agent of the FBI, is travelling to with the order to track down the boss of a powerful drug syndicate and to smash his organisation. Simultaneously he wants to avenge his best friend’s death who was killed insidiously by the gangster boss. Totally on his own he fights his way through, and he goes mercilessly his own way, leaving a trail of blood behind him. – He is not able to depend on anyone, with the exception of his weapon, a magnum calibre 357, which he got from his dead friend. Will he be able to solve the task; will he be able to avenge the murder of his friend? 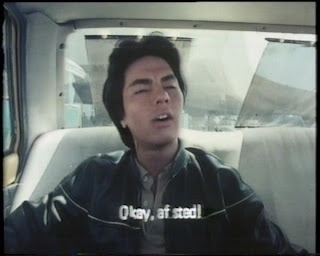 BURNING POWER is a straight 1980s B-trash-flick, without any surprises, that takes itself a wee bit too serious. Still, I enjoyed it quite much as the movie is packed to the brim with fights, shootouts and a few minutes of Ninja action where those Japanese fighters fall like flies. Whenever there’s an opportunity for Nelson Grant to fight… you can bet your ass that he seizes the opportunity and starts beating the shit out of his opponents! This is Filipino low budget action without sense and reason. The story is just a peg for countless fights that are pretty well choreographed and quite tough. Even Ninjas can’t stop him, the tagline screams, and this is spectacularly shown in the flick’s undisputed highlight when Nelson Grant wipes the floor with several members of this Japanese killer force in a great sequence that last ten to fifteen minutes. This really is great fun, but sadly the rest of the movie can’t keep up with this inspired Ninja bashing. 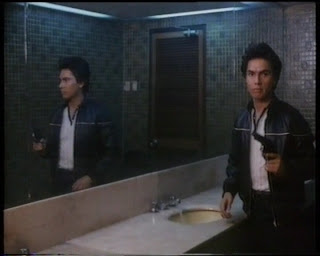 Anyway, BURNING POWER is a very sympathetic B-movie that has a certain charm that makes it stand out against other low budget action flicks. It’s not a good movie, but it’s entertaining and definitely good fun when you’re in the right mood. I like it and so I can’t help but recommending it… but most probably you will never have the chance to see it as it sadly is incredibly rare. BURNING POWER was directed by Eddie Nicart, and according to the Internet Movie Database it was his last movie as director to date. His most famous film is probably the wonderful spy-spoof FOR YOUR HEIGHT ONLY (1979), starring the unforgettable Weng Wang as a mini sort-of-James Bond. He also directed COMMANDER LAWIN (1981) and THE IMPOSSIBLE KID OF KUNG FU (aka NOTHING IS IMPOSSIBLE; 1982), a sequel to his undisputed masterpiece. While BURNING POWER sadly isn’t nearly as great and entertaining as FOR YOUR HEIGHT ONLY it still is enjoyable video-fodder for undemanding action movie fans. 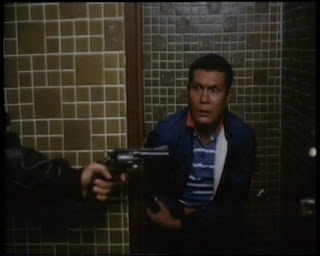 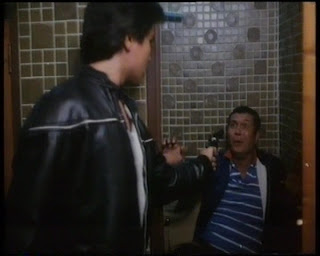 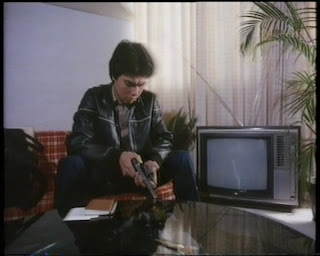 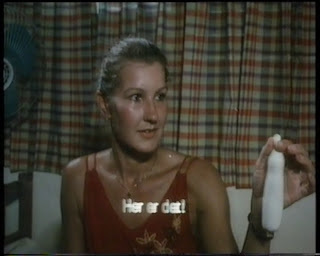 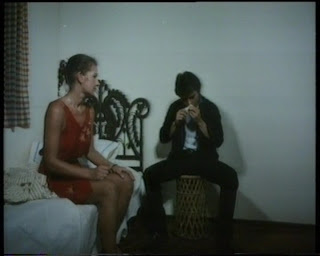