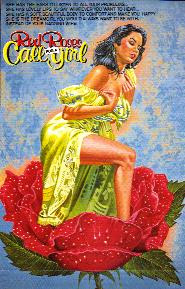 [A Philippines-West German-Austrian co-production, also released as “The True Confession Of Diana” and in as “Rote Rosen Für Ein Callgirl”, also released in various territories – unconfirmed – as “Rose Tatoo”, “Manila Tattoo” and “The Last Deal”] 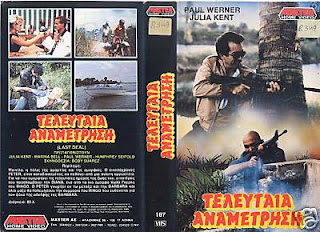 From my upcoming book on Bobby A. Suarez:

Red Roses For A Call Girl (aka Manila Tattoo/True Confession Of Diana, released 1987) was a Philippines-West German-Austrian joint venture with a company named Lisa-Film. Maria Isabel Lopez (Silip, Dune Warriors), the most notorious bold actress of the Eighties, is top-billed as a Manila call girl, along with Robert Marius, Geman actor Werner Pochath, and reliable stand-bys Don Gordon Bell and Nigel Hogge. Joe Zucchero wrote the script. The film was a minor hit in .

“It’s a lovely story,” is how Bobby described the film in his inimitable fashion. “It’s about a prostitute who is bought by the father of a dying boy. And they fall in love. Then the prostitute was kidnapped and the boy runs after the kidnappers and he’s shot. The German boy, Robert Marius - I just picked him up from the bar here. And you know, everybody in was asking me where did I discover this Robert Marius? So I said, 'He’s a good actor.' How can I tell them I just picked him up in the bar?” Bobby laughed.

Once again, Nigel Hogge was on board as one of Bobby's stock White Goons. “We shot that largely in ,” Nigel strained to remember, “and I know I played some kind of thug. The stars were two German actors. There was a long period of inactivity afterwards, Bobby got a little bit ill too. Heart attack, or a weak heart, and he had to have an operation. And he kind of disappeared.”