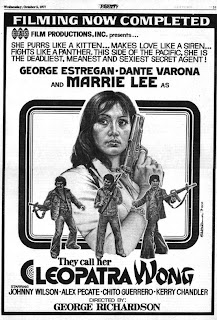 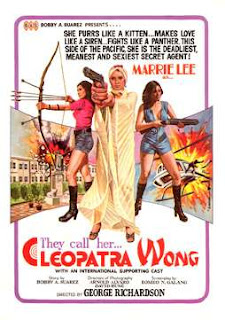 Cleo Wong herself, MARRIE LEE, reviews the complete set of 15 lobby cards for They Call Her...Cleopatra Wong (1977), directed by Bobby A. Suarez as "George Richardson" [all scans from the personal collection of Marrie Lee, reprinted with her permission] 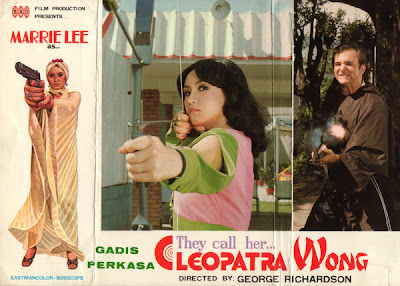 1 a) A trophy that I collected from this one day shoot at the in is a beautiful deep bluish bruise on my top left arm, the size of my fist here.

1 b) Clem Parsons, as one of the baddie monks in charge of the nuns in the monastery. Since when do monks and nuns live together? 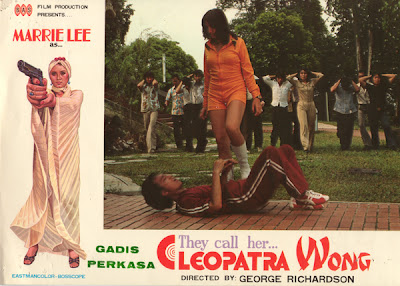 2) The Bruce Lee wannabe gang leader of the triads getting a well deserved kick from Cleopatra Wong for bad acting. 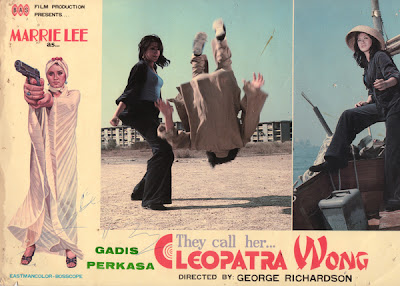 3 a) On a plateau in busy HK, a stranger from the people watching the shoots come up to the director to ask for money coz her house is right on one of the flats in the background. This really happened.

3 b) Confident looking Marrie Lee has a tough job of trying not to throw up on this junk. I actually get sea sick on a water bed. 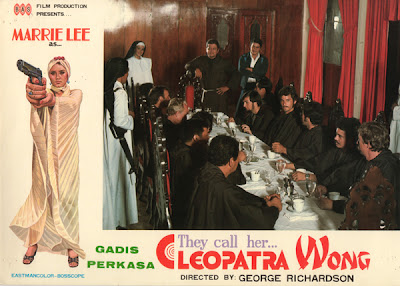 4) The baddies having a last supper as Cleo Wong and gang are just outside the monastery, ready to bust their asses. 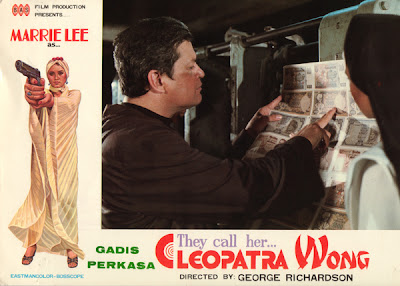 5) One of the scenes where the Chief Baddie is checking the quality of the fake currencies. Do you know that the finale at the monastery was actually filmed in four places and then edited to look like in a single location? 1. A real printing press to show fake money printed… 2) A real strawberry jam factory where the jam was produced and packed… 3) A real school where the real nuns were kept prisoners… and 4) The main location Diplomat Hotel which was converted from a former monastery! 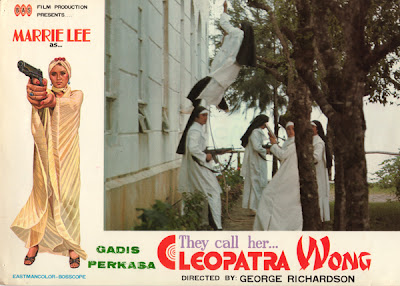 6) Cleo Wong and her team trying the access the monastery through the roof. Not a very bright idea as the monastery has numerous doors and windows. Blame it on the scriptwriter. 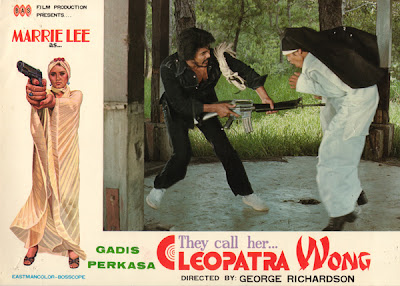 7) Dante Verona, the aerialist expert, almost couldn’t make up his mind whether to kill with bayonet or ropes. The bayonet wins in the end. 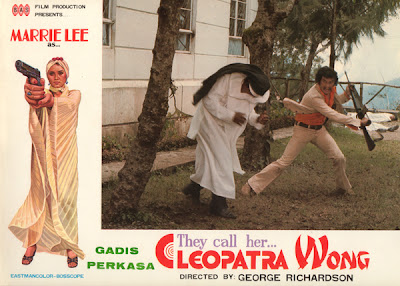 8) George Estregan, the cold blooded killer in the movie. Does anyone spot the resemblance between him and ex-President Joseph Estrada? Yes, they are brothers. 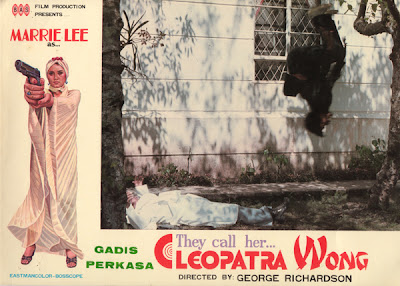 9) And Dante, if the bayonet fails, somersaulting and landing on your enemies help too. 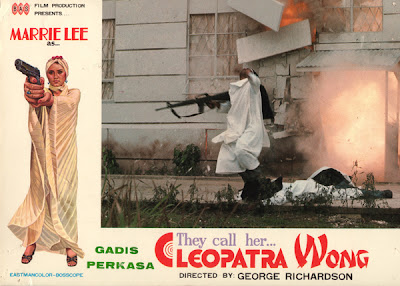 10) One side of the monastery is rebuilt on this facade that was totally bombed and destroyed. Sure looks like the real McCoy... 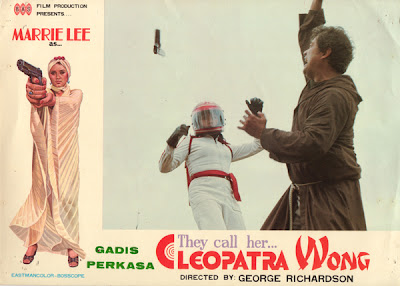 11) This is the one scene that was to propel me as the only female star to be able to cock a .45 calibre gun single-handedly. Unfortunately on screen, it looks easier than it really was and I tore a chunk off my pinkie practising for it too. 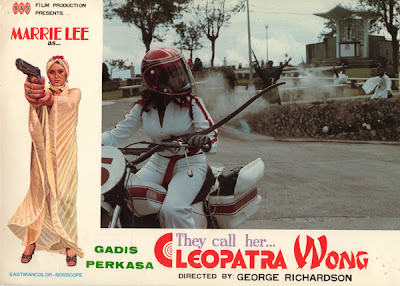 12) Riding a motorbike on this terrain was hard enough, having to shot from two machine guns mounted on the back of bike was near impossible. To shoot straight too was probably asking too much? 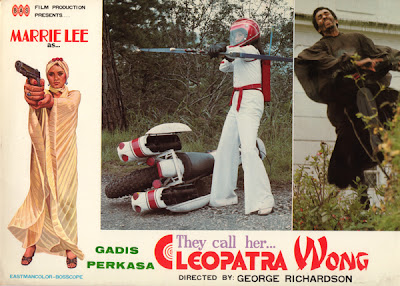 13 a) My bruise exercise was repeated in this scene, and to beat the first scene, the bike had to drop on my toes too.

13 b) Even dying, this extra know this importance of showing best side to camera. 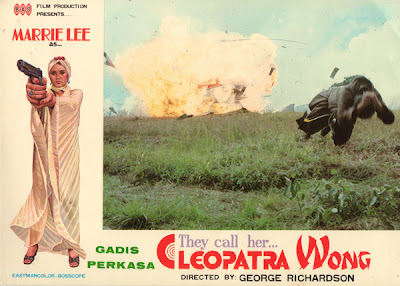 14) The helicopter is a REAL helicopter, not a facade, albeit bought from the scrapyard, I suppose. 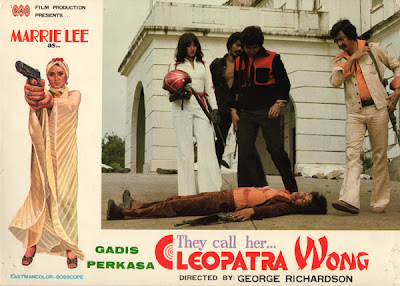 15) You can’t have only the bad guys dying so we decided to sacrifice Alex Pecate in the finale. Does he know how heavy he was when we had to carry his supposedly dead body down the slopes?


MANY THANKS TO MARRIE LEE FOR SHARING HER MEMORIES!
Posted by Unknown at 7:16 PM