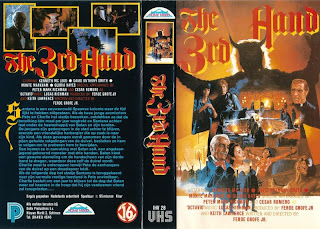 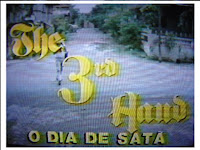 Judgement Day is a great little flick from the late 80’s, era of hair bands and proficient guitarists. Anyway, Judgement Day isn’t about this. It’s about some unlucky backpackers that get caught in a cursed Mexican town at the wrong time of the year. During this time, Satan and his evil minions run rampant on the streets lashing whips and torturing people. This “weekend of Hell” is more of a parallel universe then a bad time of year though and merely enduring it isn’t enough. You need to get out of town before it’s over or you are stuck there for another year. Not a good place to be.

Whilst there, our sojourners meet up with some hospitable “persons of interest” that appear to be stuck in this dimension on a permanent basis. These people give them a hand and explain some things to them, but our hikers are more or less on their own.

Man, do I dig this movie. The dialogue of the two main characters is hokey at times and some of their decisions don’t seem altogether realistic. Still, there’s something about it. There’s lots of tension and excitement. The concept behind the story is extremely intriguing to me. I like the concept that Hell is this actual geographic region and, in some rare cases, mortals can travel in and out of it, not unlike the world of Hades in Greek mythology. Of course there’s no guarantee that you can walk right back out once you walk in… 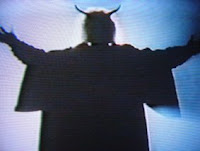 I could tell the budget wasn’t big by the caliber of actors, but they made it work. Hell was convincing and scary and miserable. Great atmosphere and scenery. It reminded me of a Full Moon flick in how they were able to stretch a dollar.

Overall, this is a “Wendigo Lazarus Paynecraft favorite”. No real gore, but pretty violent themes nonetheless. There is even a boob shot or two thrown in for good measure. The storyline is one of the most original that I’ve seen. I was never bored, though I was groaning a couple times at the hokey dialogue in the beginning. I give this movie 8 out of 10 old ladies that I couldn’t figure out the math on how old she really was.