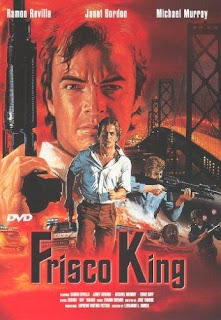 Synopsis from the German DVD cover: “Tony, the only son of a Mafia Boss from gets murdered in the Phillipines during a street robbery. Raymond, his best friend flies to the States and joins the Boss's organization. The Boss adopts him. In a Mafia meeting the members wanna kill the Boss 'coz he brought in Raymond. Ray takes revenge and kills everybody his own way. He also needs to find Anita his girlfriend from way back in the Phillipines (she's working as a nurse now in ). He finds her and takes her with him. But Joe, another criminal (who was the old boyfriend of Anita) seeks revenge and a bloody fight starts between them. Who will win?”