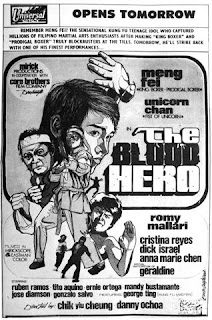 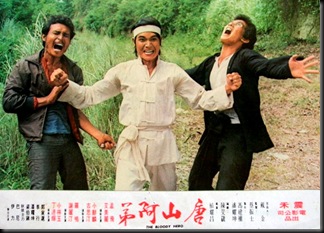 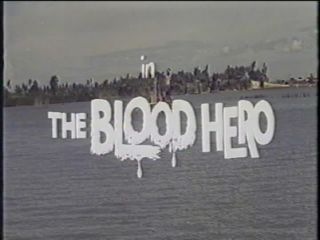 After a shipment of arms is robbed by masked ambushers in swimming trunks, local gang leader Mr. Simon (Ruben Ramos) suspects the residents of Hoi Si village, and orders his second-in-command (Ernie Ortega) to have his men tear it apart. Ramos comes up with a better plan, though, and plots to get influence over village chief Fong Tai Wen through his wastrel drunkard son Fong Tai Yuen (former child star Unicorn Chan). Playing on his laziness, vanity and avarice, Yuen agrees to get the lease to his father's land signed over to the local mob so they can grow their own opium crops there. 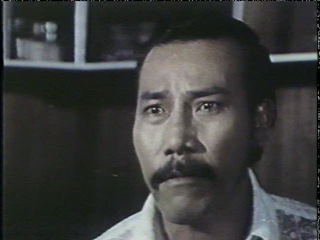 New arrivals to the village Han Wei (a heavily-disguised Dick Israel) and his daughter Susan are attacked by mob goons, and farm workers the Fong brothers (kung fu superstar Meng Fei and former romantic movie idol Romy Mallari) run to the rescue. Han Wei claims to be from the north (where "the Japs have taken over now") and looking for relatives. After discussing the possibility of a Japanese invasion in the south, Fong Tai Wen allows Susan and Han Wei to stay on his farm. 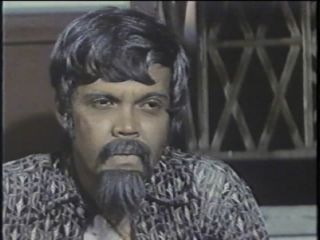 Yuen pitches the idea of turning the family business into an opium farm to his father, who unsurprisingly isn't keen on the idea. Later, the Fongs return home from working on the farm to find goons searching the house for the title deeds, and when Meng Fei finds that Han Wei and Susan were conveniently absent at the time, begins to suspect that they have something to do with it. Yuen is then persuaded to steal his father's lease, but he's stopped by Wei Han before he can get away. Confronted by his father, Yuen runs away, only to return the next day with a gang of mob goons who kidnap, and subsequently torture, Han Wei. 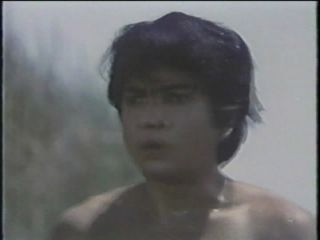 Still suspicious of Susan, Meng Fei follows her to a secret hideout in the woods, and after a brief scuffle with some of her compatriots, Susan confesses that Han Wei is neither her father, nor an old man looking for relatives. He is in fact the leader of a group of patriotic rebels, the ones responsible for the hijacking at the start of the film. They're trying to prevent the exchange of guns for opium between the mob and the Japanese, who are trying to establish a nest of collaborators in the south prior to an invasion. 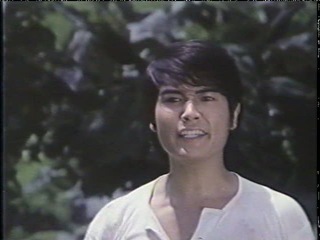 That night, while Yuen is out laughing and drinking and whoring up a storm with the boys, he agrees to become Mr. Simon's adopted son. Meanwhile, the other Fong brothers, Susan and the patriots sneak ninja-style into Mr. Simon's house and rescue Han Wei. Mr. Simon and his goons rush to the scene to prevent them getting away, and a big running battle ensures. The good guys split up to increase their chances of escaping, and although they put up a great fight, Romy and Susan are captured. Han Wei, wounded and exhausted, almost gets away, but Yuen catches up with him, and they fight. In the struggle, Han Wei falls down a steep rocky cliff. 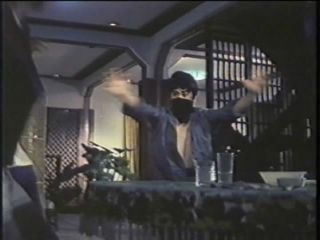 One of the patriots, placed in the gang as a spy, overhears Mr. Simon and his second-in-command come up with a plan to murder old Mr. Fong. He's caught snooping and tries to run away, but he's caught and stabbed by goons. One of the bar girls witnesses the murder, and the spy stays alive just long enough to tell her Mr. Simons's plot. She tries to tell Yuen, and although sceptical, he returns home just in time to see his father die of a stab wound. Meng Fei castigates him: "You selfish swine. You've got no honour! You're no longer my brother," etc., etc. 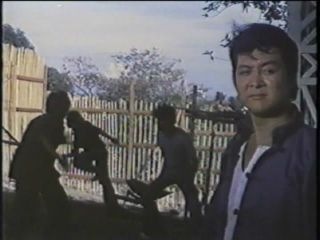 Meanwhile, Mr. Simon's gang escalate their campaign of skullduggery in the village, beating up innocent people, stealing the title deeds to their land, and all manner of distasteful malarkey. Yuen watches on, not exactly happy with the situation, but not exactly getting up off his arse to do anything about it, either. Then a couple of goons go to old Mr. Fong's wake, demand his property, and deface his funeral picture. Yuen returns home to see the vandalism (I'd almost swear he calls Meng Fei's character 'Roger' at this point, but it's buried under Claudia Cardinale's theme from 'Once Upon a Time in the West', so I can't be sure), but his brother sends him away. After restoring his father's picture to the appropriate place, Yuen walks away, appropriately humbled by the rebuke, and determined to atone for his sins. 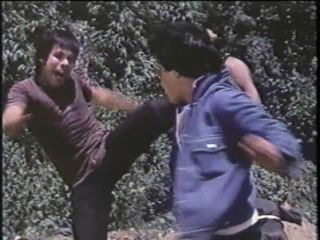 'The Blood Hero' is a good solid basher, with plenty of conflict both moral and physical, engaging leads, a minimum of tedious exposition, and plenty of people kicking one another. Unlike many similar kung fu movies, it neither loses focus on its main plotline, nor bogs the narrative down with extraneous characters thrown in to pad the running time to feature length. Meng Fei ('Prodigal Boxer', 'Clutch of Power') and former Pinoy teen sensation Romy Mallari (who appears in such schmaltzy-sounding films as 'My Pledge of Love', 'I Love You Honey', 'From The Bottom of My Heart', 'I Do Love You', etc.) make a good team, and are persuasive and sympathetic as the decent, hard-working, filial sons opposed to the immoral selfishness of their prodigal brother. Unicorn Chan, best known as Bruce Lee's co-star in a number of Cantonese dramas as a child, and for exploiting that relationship after Lee's death by splicing secretly filmed footage of Lee into 'The Unicorn Palm', gives a decent performance as the corrupt, conflicted brother, and if he doesn't quite pull it off all the time, it's usually a decent effort. 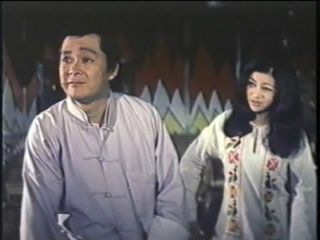 The fight scenes are good and plentiful. Shot and edited with tremendous energy, everyone comes off well in the hands of action directors Tito Aquino, Ernie Ortega and Poon Yiu Kwan (one of the action directors of King Hu's genre-bending classic 'A Touch of Zen', who pulls triple duty as action director, production manager, and onscreen goon). All of the individual fights are of a consistently high quality, and it's particularly impressive to see Romy Mallari, not someone who seems to have had much experience with kung fu movies, kicking and punching his way through waves of goons with just as much verve and style as the rest of the cast. Dick Israel is also called upon to pull off some pretty tricky combinations in the final fight sequence, and does so with surprising aplomb. One of the highlights of the film, though, is when our remaining heroes face off against a small army of nunchaku-whipping goons, and Unicorn Chan makes an unusually impressive stand against them with the three-sectioned staff. 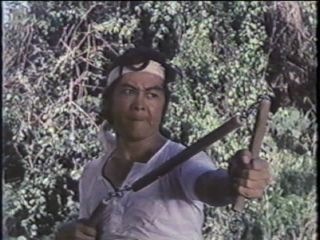 It's been said many times that a hero is only as good as his nemesis, and if Meng Fei et al come across as convincingly heroic in this film, at least some of the thanks is due to Ruben Ramos and Ernie Ortega. Not only are they thoroughly villainous, they're actually distinct, well-defined characters. Ernie Ortega as the right-hand man (unnamed, like most of the main characters) is a cunning, intelligent, smooth-talking, laid-back kind of villain, who practically coos the virtue of money and the worthlessness of hard work into Unicorn Chan's ear. Ruben Ramos's Mr. Simon, on the other hand, is, frankly, a crybaby. Most of his dialogue consists of bitter complaints about how badly things are going for him and how none of it is his fault. He does, however, get to show off his wicked knife skills (also glimpsed all-too-briefly in 'The Revenge of the Lady Fighter') in the final conflict. 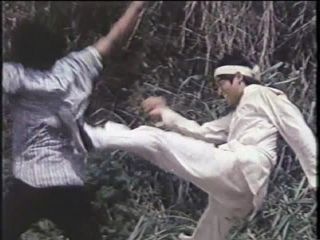 Despite a few gaping plot holes, characters who disappear and re-appear, and a lack of enthusiasm in the dubbing booth, 'The Blood Hero' is skillfully made, well-paced, and entertaining from beginning to end, and is, at the very least, well worth 89 minutes and 47 seconds of anybody's time, although anyone hoping to spot Bruce Le anywhere in the cast will be disappointed, as he never makes an appearance.