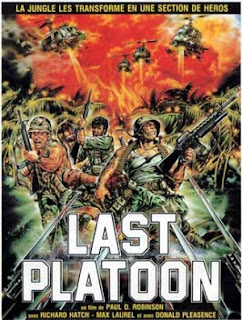 [Italian production filmed in the Philippines, original Italian title "Angel Hill: L'Ultima Missione"; released on German VHS as “Bye Bye Vietnam”, in Poland as “Ostatni Pluton”, in Greece as “To Teleftaio Platoon” and on Finnish VHS as “Viimeinen Joukko”]

NOTE: Not to be confused with the film Bye Bye Vietnam from Fulvia Film, also filmed in the Philippines in 1988, and directed by “Mark Davis”/Camillo Teti

SYNOPSIS: After ex-cop and highly decorated war hero Chet Costa's Vietnamese girlfriend disappears, he accepts a risky mission: he shall blow up a bridge at the Vietnamese border to close the Vietcong's line of communication. He's given a group of prisoners to accompany him. Already on the way there their helicopter is shot down; a march through the wilderness begins. When his soldiers recognize that they're effectively on a suicide mission, they decide to get rid of their Seargent and to flee to Bangkok. 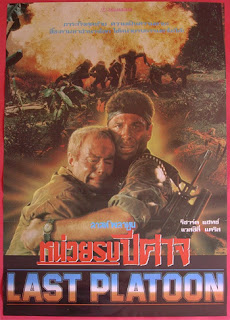 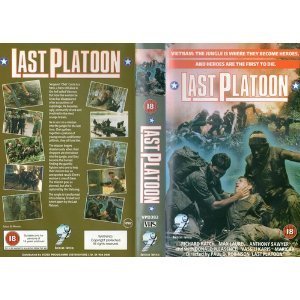 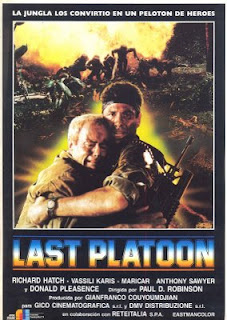 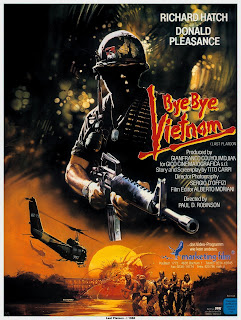 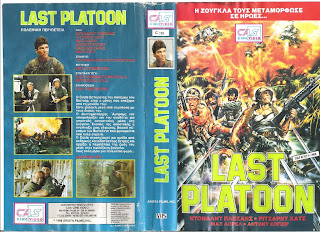 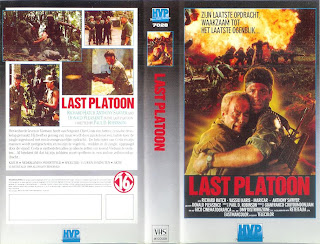 Review on the Internet Movie Database:

Richard Hatch (Battlestar Gallactica's Apollo!) plays a tough, no nonsense colonel leading a grimy squad (including some cons he has previously arrested back in his police force days) deep into Vietnamese territory in order to detonate a heavily guarded bridge in this pretty solid war flick.

Whilst Hatch is great in the role, the same sadly cannot be said of the usually ever reliable Donald Pleasance who puts on a particularly bad American accent and meanders his way through his lines here as Hatch's senior officer. Regular fans of Italian B-movies will also no doubt spot the welcome face of Mike Monty here although in a sadly far, far too brief role.

If you're looking for a great plot then I'm afraid that you've come to the wrong place for there virtually isn't one present. The film is merely content to show our hero's trekking through the hostile and frequently deadly territory as they gradually near their intended objective. Despite how this may sound on paper however, this linear and base approach actually works very well for the film and provides some gripping viewing, especially as our squad are gradually psychologically eroded and indeed are physically whittled down by numerous perilous VC set traps in addition to a number of lethal ambushes.

The action sequences themselves are competently handled throughout in a fairly realistic manner and all the said action is ever backed up by a solid soundtrack. Interestingly, but not a rare phenomenon in the Italian movie industry, there is a fair number of instances in which footage lifted from other movies is included in the films running time. Of particular note, a number of scenes from Antonio Margheriti's excellent 'The Last Hunter' pop up here (including the railway/refinery explosion sequence from the pre-credits opening of that movie).

Overall then, for fans of the war genre this is definitely well worth a look. Just don't go into this expecting any Rambo style heroics, this is war of the more gritty, realistic nature. 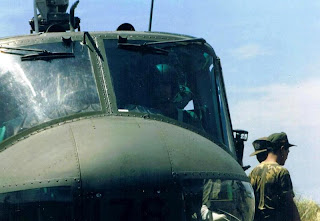 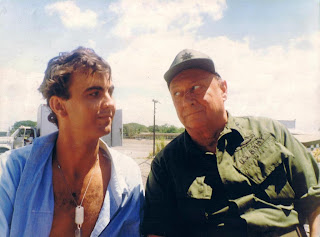 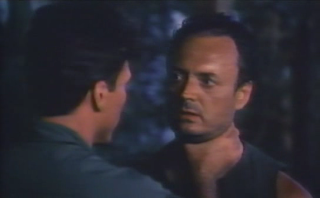 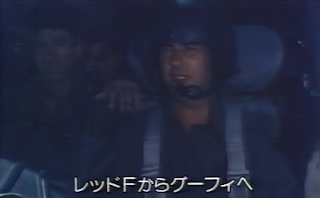 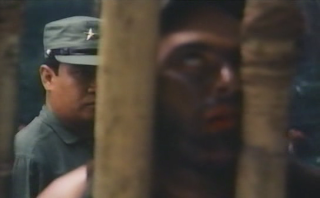 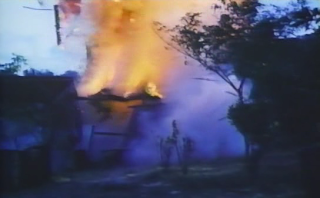 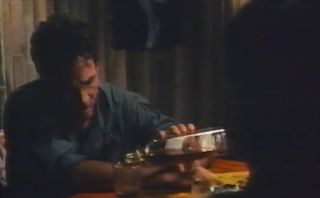