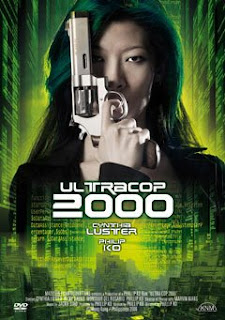 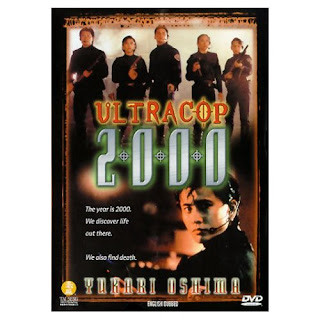 Email from Jo Mari Avellana: “Both Johnny Wood and myself were hired as co-directors because Philip Ko was still new to the country and didn't speak Tagalog yet. He has since learned it quite well. I wrote the screenplay, but left the direction mostly to Philip who knew what he wanted. I worked more as a translator on that film.”

Mark Deming's review from the All Movie Guide: “In this science fiction-themed action adventure story from , Zorback, a terrorist from outer space, arrives on Earth in violation of a treaty that outlaws aggression throughout the solar system. Zorback begins murdering people by the dozens, and the Ultracops -- a futuristic fighting force led by Nunez (Yukari Oshima) -- must use their martial arts skills to stop his reign of terror. Ultracop 2000 also stars Philip Ko.” 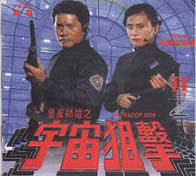 Although Yukari has a lot of screen time in this Philippino action comedy directed by Philip Ko, it’s mostly wasted. Zorbak is a cheesy alien who is pursued by a Martian cop to Earth. When Philip Ko’s cop character Benny is wounded in a shootout with the Black Dragon Gang, his colleague Lux (Yukari) seeks to investigate the alien who appeared at the same time. She eventually breaks the case using Ador, a suicidal gay man with AIDS, to attract Zorbak, who derives energy from his victims. Viewers should expect a high quotient of very unamusing, homophobic gags - although some of this prejudice is actually directed toward Lux for associating with someone with AIDS.

The action in incomprehensible and ridiculous. The police eventually move in to arrest two gangs in a separate action thread. The shootout is not worth waiting for. Zorbak arrives, prompting the final confrontation with more homophobic sight gags. The most positive thing about this movie (perhaps the only positive note) is Yukari herself, who looks fabulous in black futuristic police garb complete with combat boots, body armor and sporting a sawed off shotgun in a quick draw hip rig. One of her poses in the hospital corridor after Benny has been shot has her trademark facial expression that could blister paint from the wall. Unfortunately, that’s all there is.