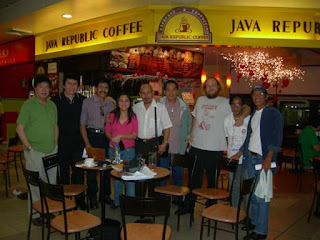 Tomorrow, Roland Dantes will finally be laid to rest, after an entirely avoidable death caused by his unfailing desire not to bother anyone with his needs. With his passing, Grandmaster Roland brings with him a large piece of the history of arnis, and lasting memories of the stupidity of the politics, which has almost irreparably destroyed and continues to cause damage to several sports.

Roland was always a large powerful figure who stood for what was right, what was good, and what was pure.

“I remember Roland before he even became an actor,” recalls broadcast journalist Angelo Castro Jr. “When there were death threats against my father, the police officer they sent to protect him was Roland. He was already this huge imposing figure. With him standing outside our home, we felt safe.”

At Roland’s funeral are several priceless mementos of a life that was larger than most. There was the photo with the slightly more massive Arnold Schwarzenegger in 1969, when both entered the Mr. Universe competition. Roland was third runner-up, was champion. There were the numerous movie stills from his career: a photo of him as perhaps the most formidable Lapu-Lapu ever, courageously looking out on the shore, a sure threat to any would-be invader. There were the shots of him bare-chested in boxing gloves as Fernando Poe Jr.’s nemesis in the original “Durugin si Totoy Bato” now being reproduced as a TV series. Add the international movie credits like “The Pacific Connection” with Nancy Kwan, many pictures with students from around the globe, and the various images of him wielding the deadly kali blades or his arnis sticks, and you get an idea of the wide shadow he cast over the world for so long.

I first met Roland 22 years ago, when he was already an international film and bodybuilding star. It was the infancy of the arnis’ formal organization, and he and Raymond Velayo were still good friends. Soon, however, the friendship soured, and Roland was ganged up on and unceremoniously removed from the new sports association. In fact, his name was even expunged from the “official” history of the sport, even though he was one of its founders. His family reports that the culprits, afraid to personally appear at his wake, sent a token mass card in the dead of night. His nephew threw it out, saying they could manage without blessings from the wicked.

“We were there from the beginning, and taken out for standing our ground,” remembers former Philippine sports commissioner Josie Bauzon.

“Roland always wanted to do things the right way. Whatever was right for the sport, he would not stray from it.”

Roughly 20 years ago, Roland and I spoke on the phone. He was leaving the country, heart-broken, He migrated to , to start anew. From there, he spanned the world, teaching anyone and everyone who wanted to learn. He traveled throughout Europe, the , Latin America and back to the . Through Roland and a handful of Filipino kali, escrima and arnis masters, the sport became known throughout the world as FMA, Filipino Martial Art.

Roland wore that name proudly. But his dedication to his sport often had him leaving his wife, Australian advertising producer Cheryl, for long stretches. They eventually became estranged, but were planning a private getaway in as a mutual, sincere attempt to reconcile, when Roland died. His next of kin told this writer that Cheryl was devastated and regretted that she had waited so long to patch things up.

On Wednesday last week, this writer arranged a meeting between Roland and Harbour Centre’s Mikee Romero, himself an accomplished arnisador.

The grand plan was to reunite all the great arnis masters into a Brotherhood of FMA. Roland’s Philippine Council of Kali, Escrima and Arnis Masters (PCKEAM) would spearhead the congress. No one and no style would be left out, and everyone would be invited, even Dan Inosanto, a proud countryman who introduced Bruce Lee to arnis, resulting in spectacular fight scenes in “Enter the Dragon” and the unfinished “Game of Death.” With there being an inactive governing body, the ensuing congress would map out the sport’s future, and choose universally-acceptable leaders.

“I told all the masters, ‘What will you leave behind to us if you continue to feud?’ Dantes told this writer at that meeting. “You are our treasure. When you are gone, part of our sport will die with you.”

He could have been speaking of himself.

Mikee Romero forwarded Roland’s last text message to this writer. In it, Roland was effusive with his gratitude form now having hope that he would be able to see his dream of a unified arnis community in the come true. He looked forward to seeing all his old friends and teachers, and chronicling their experience and mutual passion for the sport.

“You are a blessing to our very own FMA. May God bless you more with endless blessings. More power to you!” the text read.

Saturday last week, Roland was complaining of discomfort from having eaten something that disagreed with him at a party the night before.

But as usual, he didn’t want to bother anyone with his troubles, and even continued to pump iron with his nephew that day. The gout in his right foot flared up, swelling the appendage to three times its normal size. Still, he didn’t want to be fussed over. Sunday, still ill, he stuffed his engorged foot into a shoe and attending a reunion of arnis masters which lasted until after dinner. Weary and dizzy, he went upstairs to rest. In the middle of the night, his nephew heard murmuring in his room. Roland was muttering “Jesus help me!” in an almost unintelligible manner.

A stroke had most probably impaired his control of speech. He was dead on arrival at the Philippine Heart Center at 1:52 a.m., Monday. Going through his things, his nephews found his birth certificate. To their amazement, their Tito Rolly was not just 64, but actually pushing 70 this June.

“This is such a big loss. Master Roland was one of a kind. It’s so sad,” a shocked Romero told this writer. “But we will not let his dream die. We will pursue it. That’s what Roland would have wanted.”

Thursday night, Roland’s sisters arrived from the , still in disbelief. His students from around the world started planing in yesterday. The impact of his death has sent shockwaves throughout the martial arts and bodybuilding communities everywhere. That was how deep and abiding the respect for Roland is. His passing has left large grown men, the ultimate symbols of ferocity and machismo, shattered and in tears, at a loss for words.

When Olympic gold medalist runner Paavo Nurmi died, the president of said that when such a great man falls, the world is diminished with his passing, and any attempt to find another like him is futile.

One of the great lights in perhaps the only true Filipino sporting disciplines is gone, and it is now up to those left behind. Do we set aside all our cheap and petty disagreements and work for the higher good of the sport together, or do we cling to our inflated views of ourselves and our styles, and continue to prosper in limited isolation?

Look into Roland’s coffin. He’s being buried in his arnis uiniform, with a trademark yantok firmly grasped in each hand. His choice was clear, to the end.