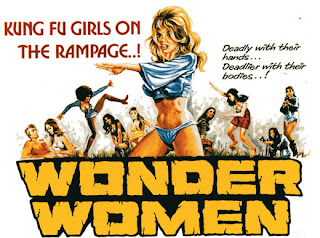 News is circulating that biker-movie actor and general tough guy Ross Hagen passed away a couple days ago, and although this has not been confirmed by mainstream sources yet, we can take this opportunity to remember some of his work, no matter what his current condition (which I hope is "perfectly in the pink").

The following are some random excerpts from my interview with Mr. Hagen from January 15, 2007.

I remember calling to set up the interview with Ross, and he told me he had recently done interviews for projects about co-stars Nancy Kwan and Elvis Presley. So when I called for the actual interview, I told him, "Mr. Hagen, you said you've done interviews about other people lately, but I only want to talk to you about Ross Hagen." He laughed, and I hoped he felt flattered. --Mike Malloy 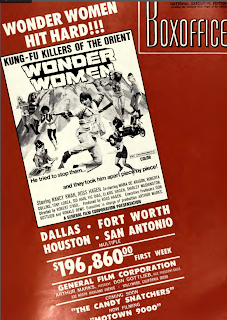 ON FILMMAKING IN THE PHILIPPINES:

“John [Ashley] was the godfather. If you went into the Philippines, you went to John, and he would tell you who to deal with. Because he had cut the door open, and he knew all of the right players.”

"They’re such wonderful people, the [Filipinos]. It’s fun to work with them. They’re always laughing, and everybody’s having a good time. There’s none of that sourpuss stuff. So I’d say that our film experience in the Philippines was 100% good, happy times."

“Those guys take their cockfighting just as seriously as Spain does their bulls.”

“[Cockfighting] is their national sport. Just as we played it in Supercock is exactly what goes on there. That’s all authentic dialogue ... all of that cockfighting talk in there is exactly the way they talk. There’s not any added Hollywood stuff to that at all.”

"In Wonder Women, most of us stayed at the Intercontinental Hotel in Makati. And it’s a super-class five-star hotel. And of course, we were there, and we got caught in the typhoons of the Philippines, the great rains and stuff. So what we did is we took the ballroom of the hotel, and I produced the film, so I just turned the ballroom into a soundstage. We filmed a lot of the interiors right there in the hotel."

"Fowl Play, we used the old Manilla Motel, the one where MacArthur was in, because it had more of that seedy area. And then Imelda Marcos took it over, and now it’s one of the top hotels in the world. It’s beautiful now." 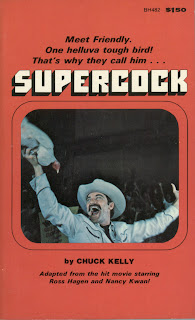 “Of course, but how nice when you can have a PG film with the name Supercock on it. And it’s PG—there’s no tits, there’s none of that stuff. That was the fun of it. The rating board here, when they were rating the film, they called me after they gave it a PG rating, and they said, “Ross, that title...” And I said, “It’s a chicken! The whole ad shows me running with a chicken!”

“Louisville, Kentucky—when we were opening the film there, they said, “We’re not going to run that ad. It’s pornography.” And I had to fly back to Louisville and convince them it was about a rooster. I said, “Look it up in Webster’s Dictionary. It has nothing to do with your penis."

“Gus is a hell of a director. He took a piece of material like that and shaped it into something that was totally entertaining.”

“Gus would add those little touches, like the bamboo sticks dancing. So he put a little of their culture in the film too.”