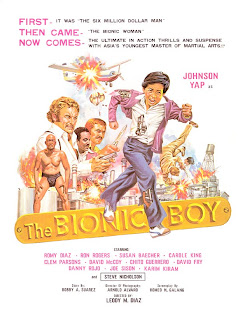 A suprisingly vibrant Singapore film industry was producing between ten and twenty films a year throughout the Fifties into the late Sixties [1]. One of its major studios, Hong Kong's Shaw Brothers, then decided to relocate its South East Asian outpost to Kuala Lumpur in 1967; by then, production of Malay language films had ground to a halt, and Singapore was becoming just another exotic backdrop for European and Hong Kong productions. The country's one attempt to cash in on the kung fu craze, Ring Of Fury (1973) starring local karate blackbelter Peter Chong, wound up in limbo following the government's decision to suppress its screenings. It wasn't just the sex and violence, they reasoned, but its depictions of “gangsterism” and promotion of vigilante-style justice.

Sensing a vacuum in the wake of the Shaws' departure, Bobby A. Suarez decided to form a pan-Asian production company called BAS Film Productions. On the payroll were ex-wrestling promoter and managing director of Intercontinental's Singapore wing, Sonny Lim [2], and Mohamed Ashraf from Malaysia's Zahraine Films. Using the Shaw's model, Bobby intended to create a South East Asian base of operations and, utilizing funding from a number of countries, exporting genre films to the international market. 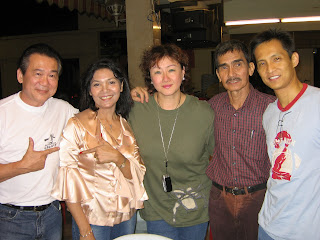 Bobby secured the services of Leody M. Diaz, prolific local director of primarily Tony Ferrer and his Agent X-44 films as well as Balut westerns and the criminally long-lost Batman Fights Dracula (1967), to direct BAS Films' maiden production, The Bionic Boy (1977). With Leody came his nephew Pepito Diaz, who would become Bobby's assistant or “associate” director over the next twenty-odd years, and Pepito's good friend Franco Liwanag, soon to be christened 'Guerrero'.

Franco or 'Chito' Guerrero was born Francisco Almodovar Liwanag in Laguna Province on 3rd December 1947. He started in the film business around the same time he began martial arts; his uncle owned a successful chain of cinemas and was good friends with Fernando Poe Jr and Tony Ferrer, who both encouraged young Francisco to try his hand at acting and action scenes.

Young 'Chito' (his nickname from childhood) received his first call sheet from Tagalong Ilang-Ilang (TII) Pictures, run by Ferrer’s brother Espiridon Laxa, one of the most powerful independents at the time that had stamped its mark in the early Sixties promoting Fernando Poe Jr (or FPJ) and Joseph Estrada as the screen’s rough and tough action heroes. The action-ready Chito’s first film however was Sweethearts (1970), a teen weepie with a young star-on-the-rise Vilma Santos, directed by TII’s workhorse Diaz. More roles followed with Tony (Agent X44) Ferrer AND with Fernando Poe Jr; on the set of Salaginho’t Salagubang (1972), his debut for FPJ Productions, Fernando himself changed Chito’s screen name from Liwanag (“Light”) to the more warlike Guerrero.

These days Franco looks almost exactly as he did in the mid-Seventies – youthful vigour, immaculate pompadour, and a mischievous twinkle in his eye. “I was really making good with the local movies, Tagalog Ilang-Ilang, FPJ,” Franco told me as we filmed at the Intramuros Golf Club, right next to the crumbling walls of old Manila. “Somehow Leody Diaz brought me to Bobby Suarez. [Leody] was a very good friend, like a father to me. He was the one who convinced me to get into this movie business. I said, 'If I'm an actor, then I'm an actor.' Although secretly I was already into martial arts. I didn't know then I was going to use this through filmmaking. Because I all I know was to be a little bit 'boy next door' look and nice lighting. Then I get into this contrabida thing, character roles. I play it very well. So I started with Bobby.” 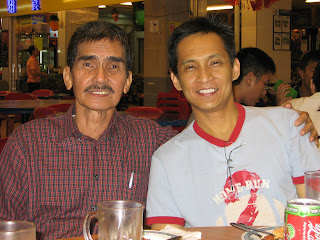 The lead role of Bionic Boy went to a pre-pubescent Singaporean black belt, only eight or nine years old at the time, called Johnson Yap. “I was reading a magazine when I was in Hong Kong,” remembered Bobby, “I think it‘s also sold in Singapore, and I saw this young boy. So I call up Sunny Lim and get him to call the boy because I would like to meet him. So Sunny Lim calls up the father of the boy, and we met. I asked the boy, 'Do you want to be an actor?' He says, 'Yes, sir. When can I start?' I said, 'Next week, instead of going to school.' So one week I trained him, and the next week, he’s making the movie.”

In a plot aimed squarely at seven year olds of all ages, Singaporean Sonny Lee lands in Manila for a martial arts contest along with his parents; his father Johnson is posing as a solicitor, but Mafia thugs - led by Frank, a Vegas greaseball who’s constantly yelling at his chain-smoking cohorts, calling them “meatheads” and “idiots” - recognize him as one of Asia’s top Interpol agents. Frank orders his Filipino thugs to crush the Lee’s car with a pair of earthmovers. Both parents are pancakes, but Sonny miraculously survives with legless and with empty sleeves, most of his organs turned into pate, his ears shot to hell and his left eyeball gone. Johnson's millionaire friend Ramirez pays he world’s experts in bionics to reconstruct Sonny into a trionic machine, complete with supersonic hearing and a zoom lens in his left eye.

His new trionic powers not only improve his kung fu, but see him running like a miniature racehorse - in slow motion, of course, with a rather shrill, insipid sound effect that comes nowhere near the majesty of Steve Austin’s “da-na-na-na-na-na-na-na-na!”). He finally sets out to avenge his parents and allows himself to be captured and taken to the baddies’ island lair, and even when chained and drowned in quick-drying cement, still kicks a sizable number of thugs to death with a smug smile and doesn’t bat an eyelid. His reasoning? With a voice that sounds like an anxious schoolgirl, he tells us “It was kill or be killed.”

Amidst the exciting bongo-driven and wah-wah-soaked music and the explosions, and Bobby's trademark half-hour marathon conclusions, The Bionic Boy is his gleeful plundering of The Six Million Dollar Man TV series for the still-lucrative international kung fu market. But surely, I asked Bobby, the word 'copyright' would rear its ugly head? “They [the producers] contacted me. They wanted to litigate. I said, 'Look, the word 'bionic' is in the dictionary. So anybody who can refer to the dictionary, they can find that word.'” Surely Bobby was aware that there was also a TV pilot of the same name in production at the time? Wouldn't THAT be grounds to sue? “They tried,” laughed Bobby, and I'm still not certain if I believe him or not. “But I said ‘Bionic Boy’ belongs to me.”

Pepito: “Unfortunately he never saw the finished product. Bobby had just arrived from Hong Kong, he gave him some money and told him as soon as possible we'll start Cleopatra Wong, and you'll direct it. So he was very happy. He went to see a movie nearby, and inside the movie house, that's where he had his heart attack.” Bobby told how he'd paid Leody for his services, and that the money was still in his pocket when his body arrived at the hospital. Leody was just 52 years old. 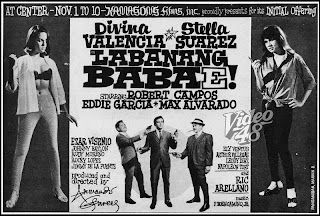 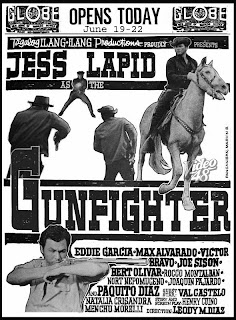 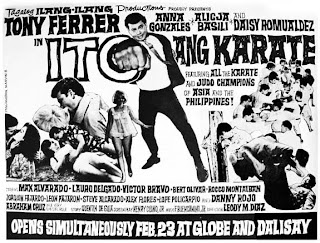 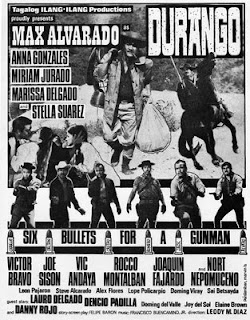 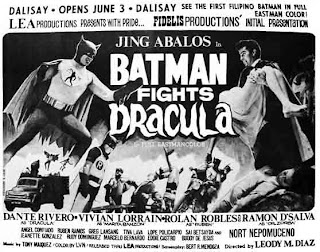 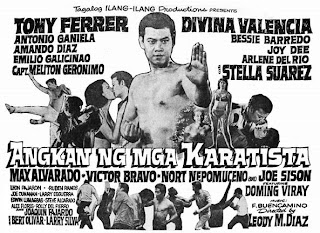 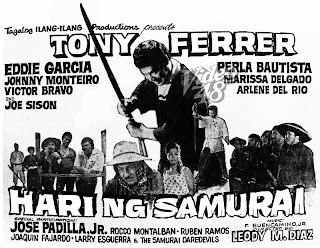 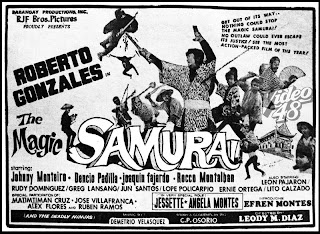 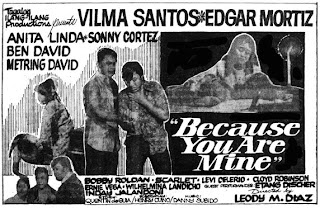 1970 – Because You Are Mine (Tagalog Ilang-Ilang Productions) 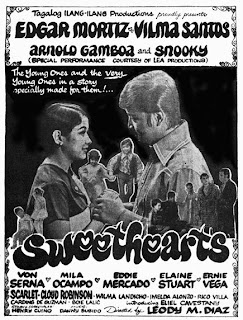 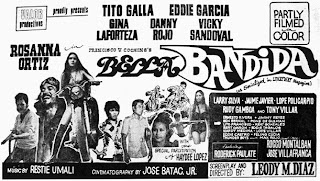 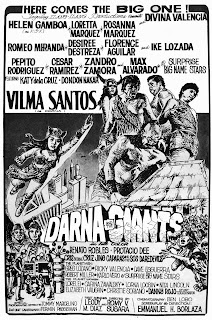 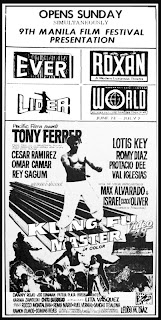 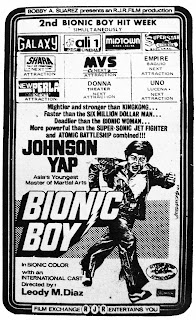