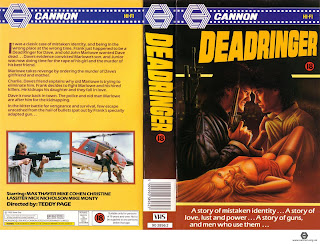 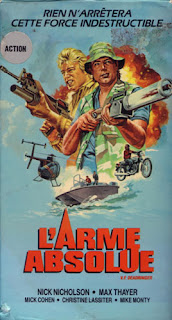 [released on French VHS as "Laser Force" and "L'Arme Absolue", and on German VHS as "Kommando Doppelganger"] 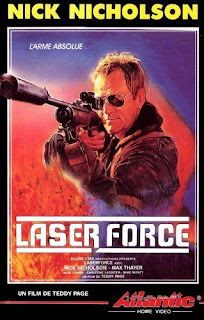 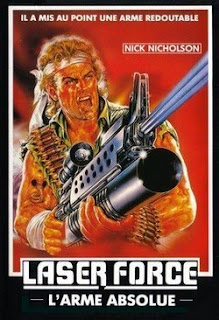 … it was always best to do your own stunts. Robert Patrick got his job for Terminator II as he had picked up this attitude from us while shooting with Cirio. He is a member of "Pigs in Space" (Our local acting group). In "Deadringer", I was asked to crawl up the back of the car, then a guy in the front seat would shoot at me. The gunshot would be simulated by using a .45 bullet (Just the lead) fired from a slingshot. We tried it three times and the slug just flattened out on the glass. Then Gapo (the SFX guy) said we would have to do it live. By this time I just said "Fuck it! Let's do it!" and we did. I got 100 pesos [US$ 5] for the stunt and Max spent the rest of the day laughing his ass off! It was pretty risky for any actor here as we didn't have any set safety standards that anybody had to follow. 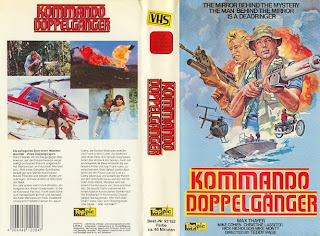 The one incident that will remain in my mind forever was while we were shooting Deadringer. We were at the entrance of the Mt. Makiling rain forest, and we were shooting a scene where Max was inside a small building with the cops outside. They SFX guys were supposed to have a smoke grenade to simulate tear gas. I was studying my script when fellow actor Willie Williams asked me if I saw the grenade that the SFX guys were getting ready to use. I told him no, and he said I should take a look. I went over and had a look, and saw that it was what we called a Willie Peter or White Phosphorous, a very deadly weapon. I asked the SFX guy if he really planned on using it, he said no, they would just throw it in thru the window, and use a smoke machine. I told him that I hoped that was all he would do as the grenade could kill everybody in the small building. I went back to where I had been sitting, reading my script. Willie and I just sat reading while the lead SFX guy was digging holes to put blast mortars in for our respective death scenes. All of a sudden there was a loud snap bang! Anybody who has been in combat knows the sound I mean. Willie and I looked at each other, then we saw a greenish white glow coming from inside the building, and white smoke billowing out of a window. Max and others came out. Max was wearing my jungle floppy hat, and burning phosphorous had hit the brim and burned thru, and burned his face and neck. Christine Lassiter had her hands burnt. Our stillman Jun Agravante got it worse than anybody else. His whole back and the calves of his legs had third degree burns. I went inside the building, surprised that everybody had survived and saw the reason why. The grenade had just cooked off and blew in half. The top portion was stuck in the ceiling, and the bottom half was laying on the concrete floor sizziling with burning phosphorous. Had it exploded they way it had been designed to do, everybody would have been dead!