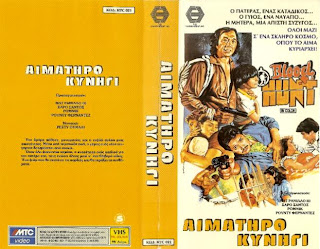 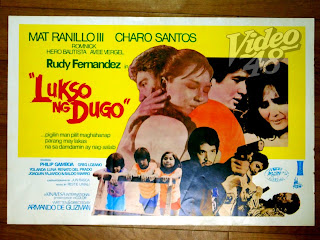 When I read the title and I saw the sleeve of the VHS I thought this might be a very strong & bloody action thriller. Watching it I realize it's a drama actually with some fights in. The whole story, the acting and the direction strangely remind me some similar Turkish films with Cuneyt Arkin. Even the main hero/father is like a Filipino Cuneyt arkin with moustache !!

A poor guy works for a gambler. He's a brave man of honour. A beautiful girl is in love with him but her mother doesn't like him because he's poor and she force her daughter to another man, a rich one who loves her. Finally the girl will marry our hero. Soon their family has a new member, a son. One day the boy is sick to death and needs an urgent surgery. The father asks money from his boss. the two men fight and accidentally he kills him. Now he's in prison...and sacrifies himself: He let his woman free!

She marries the rich man then but the boy doesn't like that. He always hold his father's photo in his pocket and he wish he'll find him some day. The father is getting out of the prison because he saved the director's life from a lunatic. Meanwhile the boy leaves the house and start a dangerous life on the roads of Manilla. That life leads him to his father...

Well, I'll not write the whole story here. As you understand it's mainly a drama with the same motive as many Cuneyt Arkin films - a father who tries to save his son from the gangsters.

As for the end, the father is getting shot & killed in front of his son trying to save him. One of the most tragic endings to the history of the cinema, the end also reminded me A LOT some Arkin's gems.

I know many of you will find the film rather boring and full of children and tears...You probably haven't seen those Arkin films I'm talking about or...you're not the father of a son like I am...!! 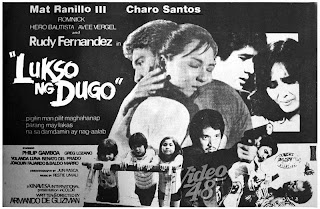