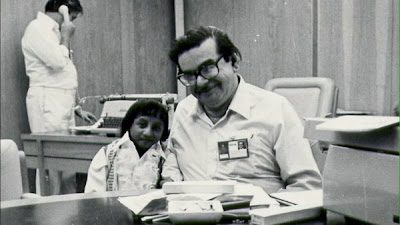 THE DICK AND WENG SHOW

Dick Randall has always been one of those wonderful fringe characters in cult filmdom – a truly eccentric B-film producer in the classic roadshow mould whose marketing hooks and gimmicks created some of the most bizarre genre titles in existence. In a career that straddled three continents and five decades right up until his passing in 1996, he was the High Priest of Hyperbole who conjured up sex films (Black Deep Throat and a whole string of ratty-ended Emanuelle titles), horror films (the Spanish-made Pieces with the classic tag-line “You don’t have to go to Texas for a chainsaw massacre!”), kung fu (exploitative Bruce Lee ripoffs starring Bruce Le, Bruce Li, Dragon Lee, culminating in the granddaddy of all Bruceploitation titles The Clones Of Bruce Lee)… You name the then-popular fad, and you’ll find an idiosyncratic Dick Randall redux. And for the last twenty years of his film career, his wife Corliss was at his side, making deals from a suitcase full of cash, and occasionally while fleeing the country from an overly enthusiastic local official brandishing a pistol. 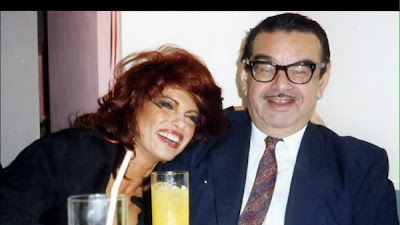 Dick Randall’s involvement in Weng Weng’s first international film For Y’ur Height Only has always been a mystery to me, and so getting the opportunity to talk to Corliss over the phone from her home in London was a golden moment to fill in some of the missing pieces of the Weng Weng puzzle. We spoke for over an hour about her career behind AND in front of the camera (she appears alongside Bruce Lee in Ninja Strikes Back as a kung-fu kicking reporter billed in the credits as “Chick Norris”!), and the complete transcript will no doubt appear in full on our French friends’ site Nanarland in a few weeks. Meanwhile, here are some of Corliss’ insights into Dick’s working relationship with the one and only Agent 00. 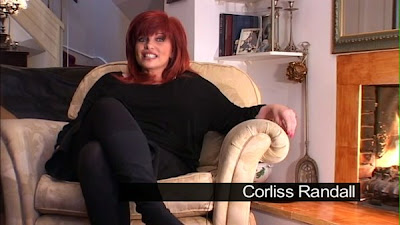 [Major thanks go to Pete Tombs at Mondo Macabro for passing on Corliss’ email address, for the screen captures from his "Wild Wild World Of Dick Randall" documentary on Mondo Macabro’s French Sex Murders DVD, and for his endless support of the Search For Weng Weng project. And of course, many thanks to Corliss for donating her time in an incredibly open and honest discussion on her and her late husband’s careers.]

Corliss: I never saw Dick turn away a bum… He had a wonderful, wonderful heart. He was very brusque on the surface. My husband was very prickly and scary, but once you got to know him, underneath all that he was a sweetheart. He scared everybody on the surface. He was never really “out there” – I’ve always been “out there” – but he was “in there”. He used to write music and everything, wrote a lot of those scripts. He wrote for the Post when he was a young boy, did you know that? And he used to write for Milton Berle. 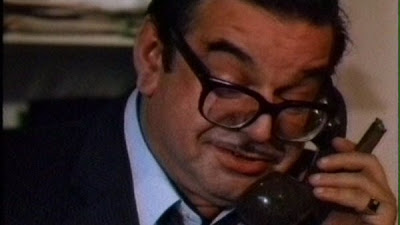 Andrew: What made you and Dick decide to go to the ?

We got invited by Marcos, because Dick was one of the big film buyers in the area. We got invited to stay at the Imperial Hotel, and I got to go to Marcos’ tailor – I had about four things made!

Before long you were MAKING films in the .

Yeah, well Dick had the opportunity to do it. I’ll tell you one thing that happened – one day we had a guy, I guess he was second in command to the director, he took one of the those jeepneys and they saw this poor man with a watch on. They took him out into a rice paddy and put a gun to his head and threatened to kill him. Over a watch! It’s a scary place…

Do you remember the moment you became aware of Weng Weng?

He was sitting in Dick’s lap in his office – I have a photo of that somewhere! Weng Weng was a very nice man, very sweet. And the nice thing about it is, Dick really understood the nature of what Weng Weng was all about. And he cherished it. Dick was never interested in the “usual”. The way Dick made his movies, he always took the things that had happened that were important to him, that had some momentum to them, and he’d reinvent it. Sometimes it worked and sometimes it didn’t, but sometimes it REALLY worked. Weng Weng was so successful, sold around the world. Nobody had ever done that before, had they? That’s far out, isn’t it?

No-one had ever seen a midget James Bond!

The unusualness of it, Dick was really into all that. He was also doing a study at the same time about the Siamese twins who had about fifteen wives between them. He wanted to do that too – Dick was far out. 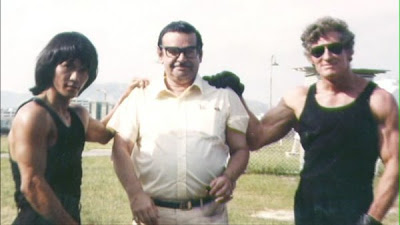 Dick on the set with Bruce Le (left) and Brad Harris

How did he discover Weng Weng? Was For Y’ur Height Only already finished?

Dick put up money to produce it. He was one of the producers. He bought a territory of the world when they (Peter and Cora Caballes) wanted to produce it.

They made one James Bond knockoff before that called Agent 00 (1981). It was only ever in Tagalog. I guess he would’ve seen that, then decided to sell the next one to the world.

And Dick bought the world. They called him Agent 003 and a half…?

Originally he was called Agent 00, but I’ve seen that on certain posters.

Very nice, huh? If I know Dick, that would have been one of his ideas.

So in return, you got the worldwide rights?

Do you remember Jim Gaines? He was one of the voices on For Y’ur Height Only. He told me they sat in a dubbing studio for three days drinking beer and pretty much making it up as they went along!

It takes the film to a surreal new level.

Well that’s what we do before a gig. We have a couple of drinks and get down to the music. It’s magic then, isn’t it?

"Chick Norris" in action! From the Bruce Le-starrer Ninja Strikes Back (1982)

That’s exactly what those guys were doing – they were riffing like crazy.

That’s the magic. That’s what I think artists are about. Did Weng Weng get married?

No. To tell you the truth, I don’t think he ever had a girlfriend. He had the mental age of a ten year old.

Oh, I didn’t know that. I know Dick wasn’t the type of person to take advantage of anybody, so I’m sure Dick was very good to him. I’m sure if he needed anything, Dick would’ve just given it to him.

How many times did you run into Weng?

Only about five or six times, but only with Dick. He was always monopolizing the situation, I was just in the background. I came into the foreground after Dick died out of desperation and loneliness, I decided to go back to my career. Everybody said, “How can you go back to your career so late in life?” I said, “You watch me!” They said, “You’ll never get anything because people don’t take on older…” Guess what? I’ve been singing for eleven years! I haven’t done too bad, have I? I’m singing with Amy Winehouse! Were his brothers small like him?

No, he was special. Imee Marcos (the late President’s daughter) said there was something that radiated from him that made you fall in love with him.

My husband loved him… Dick was never gay, but he liked him enough to put him in his lap.

So he really felt a bizarre connection with Weng?

Yeah, very much so. Dick thought he was adorable, that he was a phenomenon. Dick loved all these phenomena – anything to do with what we humans conceive as “unnatural”. That’s what he went to, ‘cause that’s how he looked at life.

There was an incredible humanity about Weng.

But that’s good, isn’t it? I always believe in this rule: if life doesn’t give you certain things, you will get all these other things. I think life compensates itself.

Whatever you do in the arts, don’t you think you’re compensating for what you don’t have?

It is a trade-off, but probably against things that aren’t that important. Why wasn’t Dick involved in Weng’s later films? Why did the Caballes go it alone?

They could probably go it alone as it was so successful.

For Y’ur Height Only was, the other two export titles weren’t as successful.