[Philippines release date 17th January 1958; released in the in 1963 as "Cavalry Command", also known as "Cavalleria Commandos" and "The Battle Of San Pasquale"] 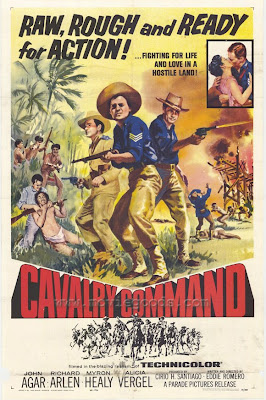 National Artist of the Philippines Eddie Romero had over twenty Tagalog-language films to his credit before he made Day Of The Trumpet, his first English language film for the export market, in 1957. It was produced by Cirio H. Santiago’s Premiere Productions with Eddie’s mentor and long-time collaborator Gerardo de Leon as co-producer, and with Gerardo’s brother Tito Arevalo providing the rousing orchestral score. 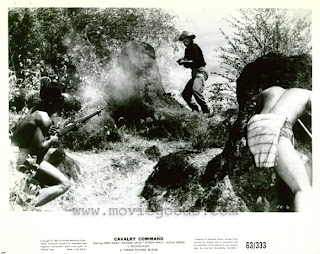 Ostensibly a Filipino western, Day Of The Trumpet, or its title Cavalry Command, is framed by the American-Philippine War of 1899. The Philippines declared itself a republic the year before after a long and bitter struggle with their Spanish overlords, and believed America was in full support of its independence, only to find America had actually purchased the colony, along with Guam and Puerto Rico, after its own war with Spain. As soon as Filipino troops helped clear the last pockets of Spanish resistance from , the Americans turned on their former allies.

And so began what the Americans called an “insurrection” rather than a “war” that officially lasted for three years. It was during the American-Philippine War that the began to see tangible evidence of its Manifest Destiny, and was its first imperialist push of the 20th Century. In an all-out campaign to destroy the country’s morale, the Americans trialled their Scorched Earth techniques they would later perfect in Vietnam: razing villages to the ground, executing women and children believed to be sympathizers with the rebels, and penning the survivors in concentration camps where many died of disease and neglect. After a sporadic ten year campaign to break the country’s spirit, it’s believed up to a million soldiers and civilians died. 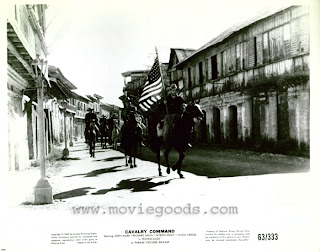 Once you grasp the deep sense of outrage many Filipinos feel over this dark chapter of history, it makes Eddie Romero’s vision of life under the American occupation that much more curious. Set in Northern Luzon in the final clean-up phase of the uprising, the US Cavalry treks wearily into the small country town of . They find the townsfolk beaten, weary, and huddled together in the convent under the protection of the local priest. The Cavalry’s mission is to restore order; they regard themselves as facilitators as well as liberators, and with the help of a translator (a VERY young Vic Diaz), set about restoring the battered infrastructure that has taken a pounding from not only the Americans but the retreating Spanish and their own guerrilla campaigners. 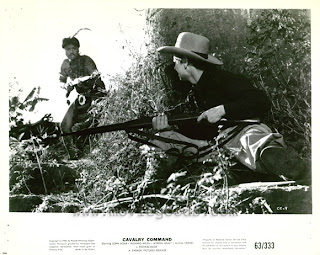 Of course there’s a clash of cultures, particularly amongst the restless male horse soldiers. The new teacher Haines finds his eye wandering towards an innocent convent lass, to the horror of the priest, who sees their differences as irreconcilable, and the Sergeant (John Agar from Brain From Planet Arous) is drawn to the fiery Laura, also the girlfriend of renegade patriot Magno. Once captured, Magno refuses to betray his ideals, and is painted as a bitter, dogmatic radical regarded by the Cavalry as a minor inconvenience. Brooding and almost drowning in resentment, he waits until fiesta time to draw together a pathetic ragtag brigade of revolutionaries to retake the town, with tragic consequences. Magno even turns on his child brother, a junior would-be guerrilla; even the child has learnt the Americans are not their enemies. 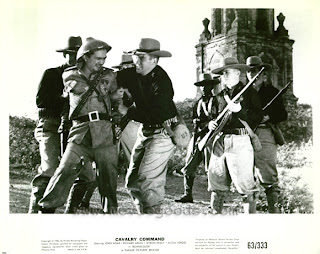 Romero’s painstaking recreation of turn-of-the-century town and rural society shows he’s much more concerned with the human drama rather than the mechanics of war, and may explain why the film was not a success when finally released in the States in 1963 as “Cavalry Command”. For a film marketed as a western, with Magno as a parochial Pancho Villa, and the feather-wearing Igorots as ersatz Red Indians, it’s a cheat, and indeed the shoot ‘em up action doesn’t rear its white Stetson until three quarters through its running time. Instead it’s a serious meditation on the personal politics and consequences during occupation, one that shouldn’t take sides and yet does, for what one can only assume are for commercial reasons.