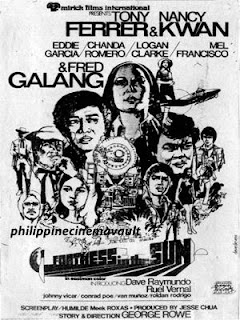 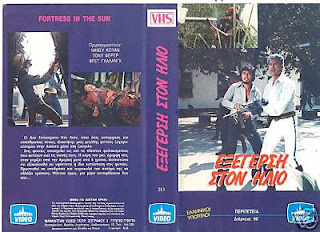 Synopsis from the Internet Movie Database: Maria is an idealistic, independent-minded woman who returns to her father's hacienda in the Phillipines after a long stay in a college. Her father is a cruel landowner, who beats and drives his workers to exhaustion. She defies her father by reaching out to the peasants, teaching their children, and caring for their sick. She falls for a handsome peasant, Tony. One day, Tony reveals he is an undercover lawman and leads the peasants to rebellion. In the midst of a gory fight, Maria must make a difficult choice between her father and the man she loves.