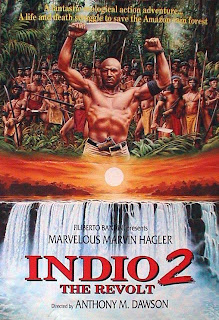 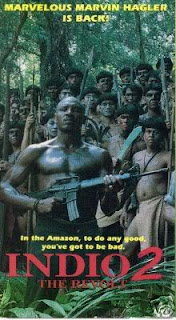 Antonio Margheriti's last, and possibly best film, next to The Last Hunter is more than worthy of the wide distribution it received. Boxing legend Marvelous Marvin Hagler stars as an American G. I. who heads to South America to save the local tribes from being forced into slave labor by the hands of the dastardly I.M.C. The I.M.C. construction crew, this time led by South African no-bullshit badass Dirk Galuba, plans to build a road through the Amazon at all costs. Daniel Morrell ain't around anymore either, as Galuba is quick to shoot him in the back at the first possible chance. Hence, Hagler shows up and allies himself with the native tribes. He teaches them in guerrilla tactics and, despite several hard spots, eventually accumulates an army of tribesmen large enough to seriously stand up against the I.M.C. and its army of mercenaries. Lots of fist fights, shootouts, and awesome miniature explosions later, the film culminates into one of the most explosively epic battle scenes I've seen since Zulu Dawn!

Although it does get off to a bit of a slow start, 2 - The Revolt is definitely a must-see action film. Tons of excellent action sequences, extremely well-done explosive effects, some of the best camerawork I've seen in Margheriti's films yet, and a great musical score by Pino Donaggio (The Barbarians, The Black Cat). There are a few rather annoying elements to this movie however. First off - Hagler's performance is strictly amateurish and second-rate. He stumbles through his dialog unless he yells and screams at the top of his lungs mouthing some pretty cool dialog, "I'm doing this for Daniel Morrell, and 'cuz I'm black, MUTHAFUCKA!!!" Second off, I must mention that the scene in which Morrell dies toward the beginning is handled pretty poorly, as Francesco Quinn was no longer available, they opted to use a body double instead, and only show him from the back. Even the post-mortem photos show only the back of his dismembered head, yet somehow Hagler still knows it's Morrell! 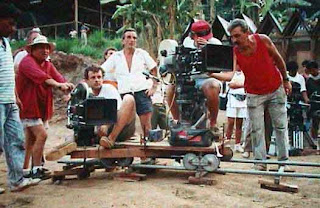 What I find odd is that not one decade earlier, probably the same tribesmen Ruggero Deodato and Umberto Lenzi used in Cannibal Holocaust and Cannibal Ferox, are here again fighting for freedom against the evil white suppressors (of course, led by a South African). Somehow, Hagler's being black is supposed to make him identify better with the natives and their cause. Ugh, the cheesiness doesn't stop there, as in one scene he gathers them around the fire to inspire them with the tale of Sparticus. The occasionally bad script is completely overcome by Margheriti's slam-bang approach to the action scenes. Plenty of gore, maggot ridden corpses, slow motion, and fist cracking to satisfy any fan of Italian action flicks. Probably the funniest scene (pulled right out of John Boorman's The Emerald Forest, which also co-stared Tetchi Agbayani) has Hagler pummeling an old, overweight pimpess with metal teeth named "Mama Lou" in a back-woods whorehouse. He socks her in the head so hard it actually causes her head to implode! Dynamite action film sure as hell kicks the shit out of the original . Charles Napier (from Alien From the Deep, Maniac Cop 2) stops by to say hi as the I.M.C. president. "Mista asshole President!"

Ha,ha,ha, go rent this flick as soon as possible. Worth every penny! 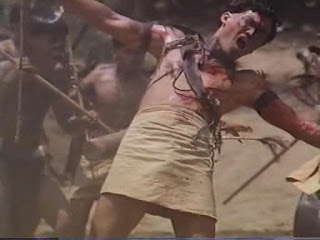 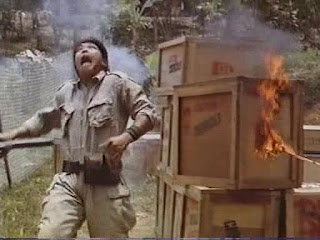 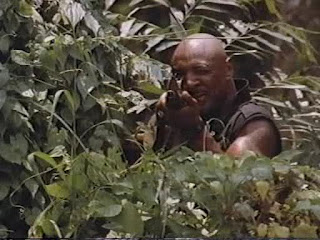 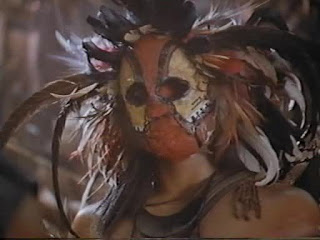 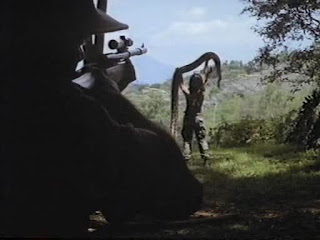 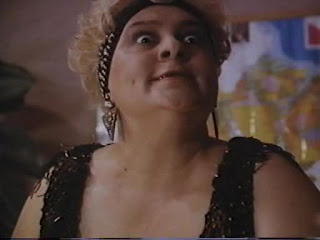 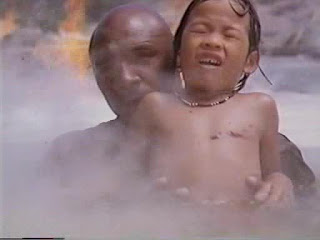 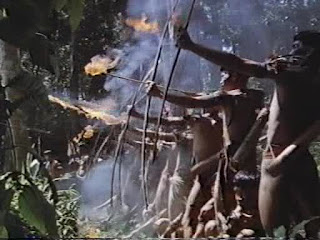