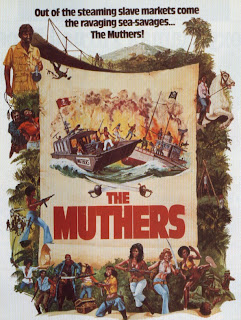 Veteran producer, distributor and drive-in owner Lawrence Woolner co-founded New World Pictures with Roger Corman in 1970. When Corman bought out Woolner's half of the company in late 1971, Woolner left to form Dimension Picutres. New World in-house director Stephanie Rothman (THE STUDENT NURSES, THE VELVET VAMPIRE) and her husband Charles S. Swartz, New World's head of production, also left to help Woolner set up his new company right across the street - literally - from their former employer (New World was at 8831 Sunset Boulevard, Dimension was a stone’s throw away in the 9000 building). Dimension’s first two releases, THE TWILIGHT PEOPLE and THE SIN OF ADAM AND EVE, were acquisitions Woolner was allowed to distribute through the buyout settlement with Corman. Rothman and Swartz produced GROUP MARRIAGE, SWEET SUGAR, BEYOND ATLANTIS, and THE WORKING GIRLS before departing the company in 1975. During the ten years of its existence Dimension Pictures had some success copying ’s formula, but ultimately collapsed like many other independent companies of the period. Woolner produced only one post-Dimension movie, the incredible RAW FORCE (1982), before passing away on July 21st, 1985 at age 73. 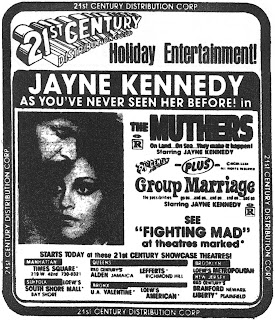 Dimension Pictures filed for Chapter 7 bankruptcy on January 30th, 1981. New York-based distributors Tom Ward and Art Schweitzer of 21st Century Distribution put in an offer for part of the Dimension catalog at the AAFMM in April of that year and acquired 28 of the films (roughly 80% of the library). The rights to seven of the films were limited to and only, the other 21 were worldwide. Estimated value of the library: $2 million. Titles included TERMINAL ISLAND, THE TWILIGHT PEOPLE, GROUP MARRIAGE, CHEERING SECTION, DR. MINX, THE MUTHERS, THE GREATEST BATTLE, NIGHT CREATURE, SATAN’S CHEERLEADERS, THE HUMAN TORNADO, THE REDEEMER, BEYOND ATLANTIS, LEGEND OF THE WOLF WOMAN, TOMCATS, SWEET SUGAR, THE WORKING GIRLS, SMOOTH VELVET – RAW SILK, and EBONY, IVORY AND JADE. 21st Century reissued most of their Dimension acquisitions to theaters in the tri-state area in late 1981 and '82, and all titles were eventually released on VHS through VCI, United Home Entertainment and Continental Video.

THE TWILIGHT PEOPLE (1972) – made for New World Pictures

INVASION OF THE BEE GIRLS (1973) (regional only – a Centaur release) 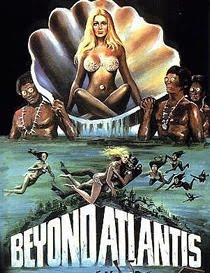 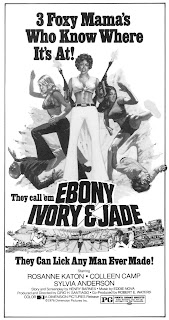 THE BAD BUNCH (1976) (originally released as TOM and NIGGER LOVER)

THE GREAT SMOKEY ROADBLOCK (1977) (a.k.a. ELEGANT JOHN AND THE LADIES and THE LAST OF THE COWBOYS)

DINNER FOR ADELE (1980) (announced as NICK CARTER IN PRAGUE)