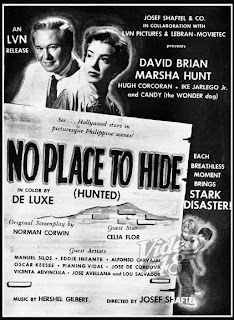 Les Adams’ synopsis from the Internet Movie Database: A scientist, his wife, and their young son come to the Phillipines so that the man can continue his germ-warfare studies for the army in uninhabited area. The boy and a playmate come into possession of some of the pellets developed by the scientist which can kill off the citizens of a large city if they are broken. Armed forces and the police are seeking the boys who, thinking they face punishment and the loss of a pet, continue to elude them. And they have already lost one of the death-filled pellets in the city.

Visual materials courtesy of Simon Santos at the Video 48 blog 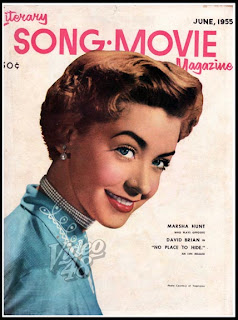 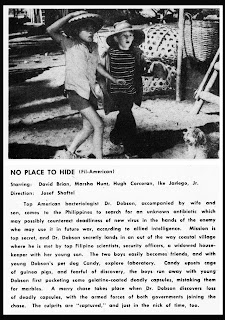 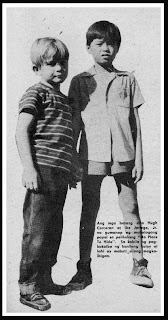