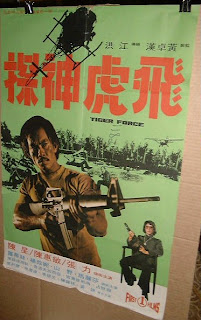 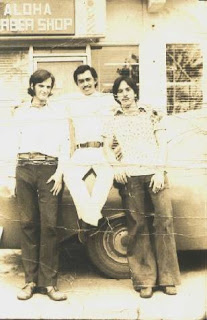 I must go all the way back to 1973. I had recently been discharged from the Navy and was working for a Fire Protection firm in . One of the fellows I worked with by the name of Tony Luna (A Spanish Mestizo), had an uncle who was a Still Photographer for Motion Pictures and TV Commercials. One day the uncle called Tony and asked if he had any friends that could work as extras for a film being co produced by Chinese from and a local Chinese producer Kimmy Lim. Tony approached me and asked if I would be interested. Who wouldn't? Back in those days I received 15 pesos a day and the extra work was paying 150 pesos.

On the appointed day, Tony and I skipped from work and we headed out on his motorcycle from , to in (formerly named after Admiral Dewey from the early days of American occupation of the ). Our location was a cocktail lounge in the Aloha Hotel which fronted . We were to play drunken patrons who were abusing a hostess from the lounge, only to be taught a lesson by a Chinese martial arts star by the name of Chen Xing. This was also the era of the Martial Arts genere of films in . Bruce Lee was now an international star and likewise everybody in was climbing on the bandwagon.

We were told to wait inside to the Hotel Lobby, so we hung out there while various movie types arrived. After a while the equipment arrived and the grips, gaffers and set dressers started to set up the Cocktail Lounge.Finally, we were ushered inside by a Chinese AD who couldn’t speak English, but through mime we figured out what he wanted. We all sat down at one table while other extras and actors were blocked for the scene. At another table was a half breed Filipino American girl who was going by the moniker of “Blue Seal” which referred to imported or PX cigarettes back in the old days!

The scene as I mentioned, was that we were to abuse Blue Seal, and in turn a stuntman form SOS was to interfere with our fun. We would then start to beat on him, then Chen Xing would kick everybody’s ass. While waiting for the scene to start, the AD went around the room, handing out packs of Chinese cigarettes to everybody. We were all encouraged to light them up and puff away. A Filipino AD came around and told us they didn’t have a smoke machine so we needed to smoke as much as possible to fill the place with smoke for the ambiance of a Cocktail Lounge. He told us not too worry as there were plenty of cigarettes in case we ran out! Well, this was my first exposure to making a film, and I didn’t know at the time that in future films I would be working on, it would be worse.

(from Hal Erickson, All Movie Guide) Depending on which source you read, Tiger Force is either a Japanese or American production. This is a moot point, since the whole megillah takes place in . The hero is a local cop, who goes undercover to investigate a tricky kidnapping case. The victim has tenuous ties with people on both sides of the law. The detective digs deeper, and discovers that the abduction is linked with the drug trade.