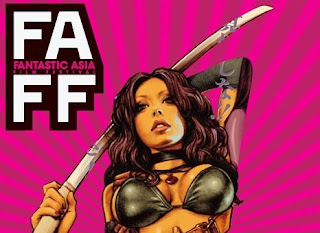 Finally Australia has a film festival dedicated to genre film-making from the most exciting cinematic continent on the planet – Asia.

At a time where many Hollywood genre films are marred by predictability, lack of inspiration and play it ‘safe’ mentality, Asian genre films glow like electric beacons in the murky waters of mediocrity, reminding lovers of cinema that creativity and inspiration are not dead – not even close to it!

Over four days in mid-November at Melbourne’s prolific Nova Cinema complex, Melbourne will buzz with some of the finest genre films from the Asia-Pacific region. Films from Japan, South Korea, China. Hong Kong and the Philippines will kick things off for 2011 and as the festival grows, we will reach out to other Asian territories, lighting up Australian screens with more Asian genre greatness.

Some of the worlds finest and most exciting cinematic talent will be showcased at the inaugural Fantastic Asia Film Festival – already confirmed are bold new titles from Korean maestro Na Hong-Jin, Japan’s L’enfant terrible Sion Sono as well as the mind twisting extremities of Japan’s Sushi Typhoon label and the best and bizarre of Yoshihiro Nishimura and Noburo Iguchi.

You are going to love the Fantastic Asia Film Festival! Click www.faff.com.au for the full program . 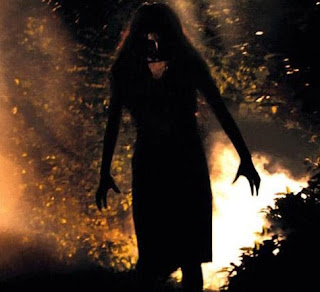 Two new sensational horrors from the heart of the Filipino darkness!

For many Filipinos, the provinces are a place of innocence and dread, where “civilization” ends and the pre-Christian terrors begin: shape-shifting creatures, vengeful ghosts, and evil spirits or Aswangs, all living in the cracks between the light.

It’s no surprise that the Philippines has had such a wealthy tradition of horror cinema, and Rico Maria Ilarde and Richard Somes are its most dangerous talents. FAFF is proud to introduce to Australian audiences two genre specialists with an unwavering command of the genre’s conventions, but with such inimitable filmmaking styles, and bodies of work that are brutal, uncompromising, independent of spirit, and unshakably Filipino. 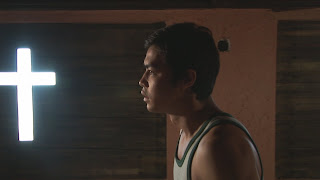 A failed boxer takes a job renovating a house deep in the countryside. There’s no electricity, a chapel upstairs, and what looks like a religious altar in the cellar – but just under its painted exterior is something infinitely more sinister. Director Ilarde plays havoc with Catholic iconography in a taut, pared-back thriller of pagan rituals, defrocked priests, and the phantom of a young girl doomed to witness Altar’s unspeakable horrors.

DIRECTOR BIO: No other Filipino filmmaker has embraced the horror genre with such passion and talent as US-educated Rico Maria Ilarde. His early predilection for sex-and-blood shockers such as Dugo Ng Birhen: El Kapitan (“Blood Of The Virgin: The Captain”, 1999) and Ang Babaeng Putik (“Woman Of Mud, 2000) has evolved into an impressive body of work revealing an innate understanding of tension and trauma. Ilarde is currently in pre-production on his first international production.

“…an achievement, mixing traditional elements of horror and family melodrama, creating a picture that is so bizarre, it will be stuck to your mind months after seeing it.” Francis Cruz, Lessons From The School Of Inattention

Amor returns to her village with a mystery illness; a faith healer claims she is possessed by an evil spirit, and her family inadvertently aid her transformation into a bloodsucking, baby-eating aswang. The blackness of the provinces’ nights, and the sanctity of a Filipino family ripped asunder, provide the heady backdrops for Somes’ feature debut, a grimly realistic take on Filipino folklore that’s as gore-streaked as it is genuinely unsettling. 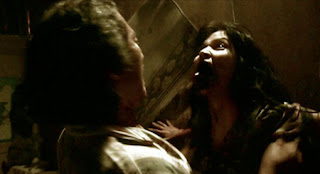 Pinoy thrillers are making their mark in Asian horror.

Two Filipino films have been included in the lineup of the Fantastic Asia Film Festival, to be held in Melbourne, Australia, from Nov. 10 to 13.

Leavold, who has been writing extensively about Philippine cinema, considers Ilarde and Somes as “two of the most fascinating talents working in genre films at present.”

He pointed out that the two filmmakers are “two radically different personalities, representing divergent filmmaking styles.”

Rico, said Leavold, “is steeped in pop culture and has that formal film-school-training style.” Somes, on the other hand, “approaches film in a more intuitive fashion.”

Leavold regards “Altar” and “Yanggaw” as “arguably their best films to date… possessing a deep understanding of the genre, while remaining unmistakably Filipino.”

He described “Altar,” which top-bills Zanjoe Marudo and Dimples Romana, as a “slow-burner… allowing the intricately plotted script to build tension. It says so much about the chasm between city and countryside, civilization and the dark unknown.”

He chose “Yanggaw,” which features Ronnie Lazaro and Tetchie Agbayani, because “it’s a jarring modern take on the aswang legend, equating demonic possession with a kind of addiction.”

Leavold has always been drawn to horror flicks. “Dark fantasy is an important cathartic process in working out our inner demons. Experiencing those fears safely and vicariously via horror films is like jumping out of a plane with a parachute.”

He related that the horror festival is a brainchild of Monster Pictures, a distribution and production company based in Melbourne.

“The fest is the first of its kind in Australia,” he noted. “Hopefully, it’ll be the first of many that will showcase the DVD label’s Asian acquisitions.”

The fest aims to introduce Australian audiences to “new films, new industries, even new countries, they may not have had the opportunity to experience” previously.

In a bizarre twist, Leavold discovered Philippine cinema because of a pint-sized Pinoy James Bond.

“When I was younger, I saw Weng Weng in ‘For Your Height Only,’” he recalled. “I instantly fell in love with him. From that moment on, I wanted to know all I could about the cinema and culture from where Weng Weng had sprung.”

He conceded: “Obsession is a strange creature. Now, I get to teach film in the Philippines and consider Manila my second home. All thanks to Weng Weng.”