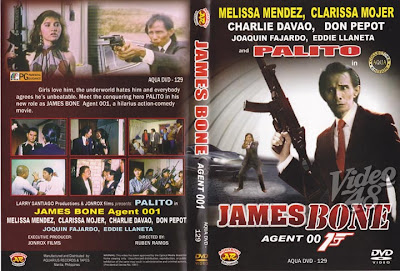 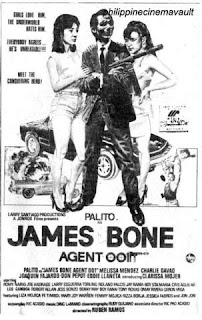 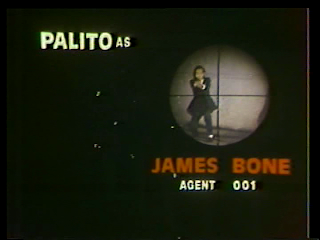 Like many older comedians from the Vaudeville era, stick-thin Palito traded on his startling appearance, along with a stock of facial ticks, grimaces and smutty wordplay, and in turn etched his features into the rockface of Pinoy pop culture. When he passed away in 2010 from lung cancer aged 76, there was a genuine sense of sadness over his passing, as if a small piece of the Philippines' collective film psyche had vanished into the ether forever. For Palito was truly a veteran of hundreds of Filipino comedies and action films from the mid-Sixties, a regular bit-player in films alongside Dolphy, Chiquito, Tito Vic and Joey, Fernando Poe Jr, Nino Muhlach, Redford White and many others, and a memorably meatless face with pronounced cheekbones and sunken eyes often registering a look of pure bewilderment, to count upon for a scene or two of regulation "funny business". 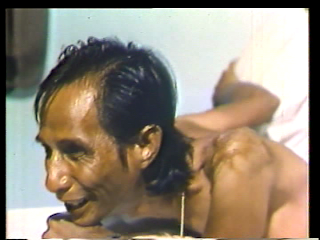 The most vivid recurring mental image of Palito amongst Filipino filmgoers is that of a walking corpse: bone-white, in a funeral shroud and bandage wrapped around his jaw. The schtick is remembered today as if it was freshly minted. I remember interviewing Palito in 2007 when comedian Amay Bisaya interrupted and rolled off a checklist of patented Palito cliches: "How are you, Mr Palito? Are you still dead? Are you living in the cemetery?" Unfortunately for Palito, his level of public recognition could no longer be converted into paid movie work. Towards the end he barely scraped by with a living wage, working a weeknight gig playing congas at a casino in Santa Cruz, and cadging bus money from anyone who would take the time to buy him a cup of coffee. "Producers have given him a large amount of money," other out of work actors would tell me, sensing a conspiracy of pathetic proportions, "he's only pretending to be poor." They believed every word! Nevertheless his wife and children was virtually penniless when he died - was Palito keeping his rolls of unspent cash stashed in his congas, perhaps? - and went public asking for donations for hospital bills for his final hospital stay. Poor, sweet, fragile man. 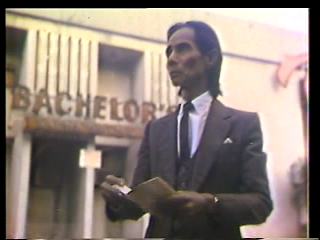 Back in Palito's heyday in the Eighties, it was possible for him to shoot scenes for three or four movies in a single day, changing costumes in the back of jeepneys as he tore from one set to the next. A substantial role alongside pale-skinned comedian Redford White in his Rambo ripoff Johnny Rambo Tango (1985) led to top-billing a handful of comedies in the mid to late Eighties, starting with two more Stallone/First Blood riffs, Ram-Buto ("Ram-Bone", 1986) and, in another skeletal dig, No Blood No Surrender (1986). The were cheap, goofy, and appeared at the peak of the Pinoy Parody craze, proving the local producers' old adage "when you're onto a winning horse, beat it to death, and quickly". Barely as soon as the end credits faded, No Blood No Surrender's company Jonrox Films and distributor Larry Santiago Productions commissioned a further Palito starrer, this time as a beanpole secret agent: James Bone, Agent 001. No Blood's writer, bald goon actor Ruben Ramos, was promoted to the director's chair, presiding over a budget even more wretched that the film could've been projected on the wooden slats of a chicken house and still not lose money. 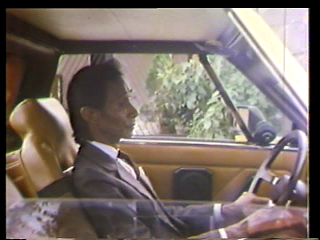 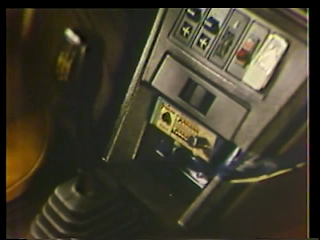 In the opening scene, a crime boss is gunned down by an unseen assassin. As a result, three underworld rivals meet to argue over who will be the next Godfather. The chubby and sweaty Crooked Finger (Joaquin Fajardo) and Boy Macho (Eddie Llaneta) are about to set their goons on each other, when the gorgeous Sabrina (Melissa Mendez) suggests a contest, the winner brings in the Syndicate's biggest headache: James Bone, Secret Agent 001. Debonair in his bone-tight silk suit, James is the country's top crime fighter, a ladies man AND karate expert with no need for any visible gadgets other than a talking Datsun (thank you Knight Rider!). Even though he lives with his mother, he manages to bring one wide-eyed young lady back to his boudoir. "You might be hospitalized out of shock with what I've got," he warns her, before taking off his bath robe. "Can you handle this?" Apparently not, as she takes one glance at his naked crotch and passes out on the bed. 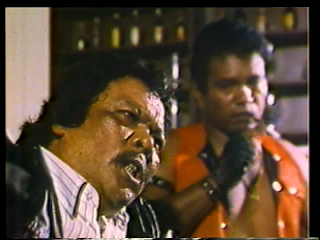 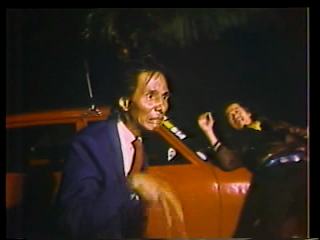 With Ramos - former stuntman and character actor in over twenty years of action films, at the helm of James Bone, you'll understand just how the term "Goon Comedy" applies to much of the Philippines' comic output: equal amounts of bona fide goon-centric action scenes to comedy, if not more. In James Bone, it translates into one endless fight scene after another, as waves of goons - first Crooked Finger's, then Boy Macho's - are thrown at the hapless, befuddled Bone, giving as much screen time needed for the audience to fully gawp at his unfeasibly skinny frame going through its gyrations. Naturally he has some serious body armour to protect his ribs and twig arms, as well as a bag of dirty tricks such as poking one bodybuilder's eyes out, then punching them in the crotch; in another scene, Bone punches a goon, they drop to the floor, and Palito suddenly grabs his broken hand and cries out, "Waaaaaaaah!!!" 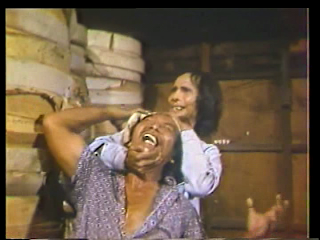 Weng Weng fans will remember Ruben Ramos as the bald goon sitting on a bed, complaining how Yehlen Catral his gang had bungled a hit on Agent OO: "Now you'll get a bullet in your belly, Lola…this is it, kid!" Ramos naturally puts in appearance waving around a samurai sword in front of Palito in a warehouse punchup, and Romy Nario, another For Y'ur Height Only baddy ("There's a lot of dough in this dough…the butcher, the baker, the candlestick maker!") plays one of Boy Macho's henchmen. Other guest stars also get their ten minutes: top-billed Charlie Davao, ever the convincing contrabida, fences with the unbleeding Bone, while Don Pepot as a scientist tries to sell Bone a pair of x-ray specs at a beerhouse, and their scene degenerates quickly into two aging vaudevillians snickering over naked people making out. Comedy Gold? Mould, more like, and the rest of the film is covered in dense matting of it too. But if you are capable of not only buying into Palito's well-worn schtick, but also peeking past the spectacle into the heart of a sad clown, fragile man and genuinely funny entertainer, then you too will love the sight of an anorexic beating up the ever-rolling Goon Parade as much as I do. Gold.
Posted by Unknown at 11:57 AM