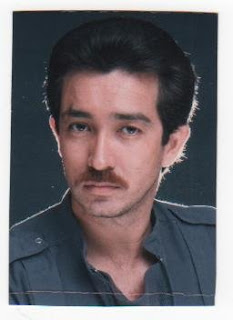 “Press shot: … everyone can see my latest photos and know the truth, OUCH, I AM an OLD GUY. Actually I have colored my hair grey, gotten fat for another film, etc. just to look older. NOT. But hey, I feel like I am 39. I just don’t look into mirror too much.”

“Yes, it's a typewriter, and manual not electric. Pounding out screenplays at Makati Apartment.” 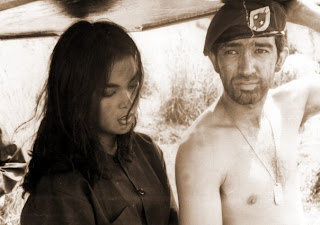 “Tetchie Agbayani and Don on the set of Intrusion Cambodia. Tetchie is double-agent rescued by Long Range Recon Patrol team , after she had deeply penetrated the legendary NVA Central Command.” 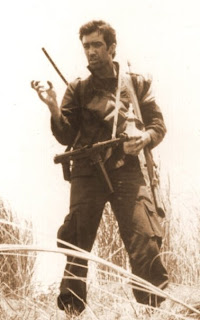 "Intrusion : discussing a scene with director. Weapon in front is not my Swedish-K but a Chinese machine pistol in 9mm, and on my left shoulder is an M-14 rifle. We had just escaped from the enemy camp and I grabbed two weapons, so I wouldn't run out of bullets. Got to keep it real even in the reel world.” 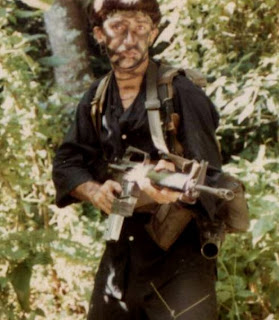 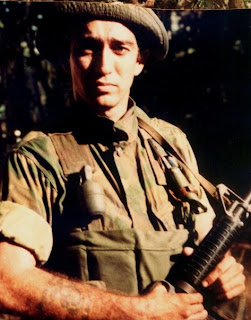 "Rescue Team: Green Beret team makes 'Over the fence' mission into to destroy a radar facility before a huge operation into by forces in 1971.” 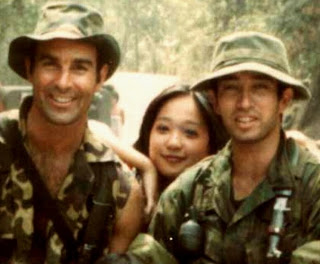 Rescue Team: Michael ‘Bill James’ and Don Gordon Bell. The Filipina babe was with with Bill. Really, notice she's hanging on his shoulder. 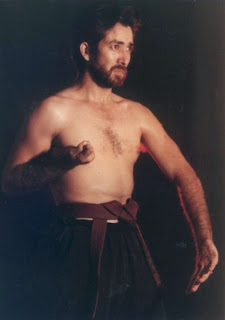 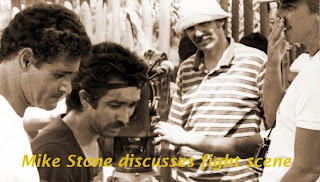 “Mike Stone discusses with Don about a fight scene in Warrior's .” 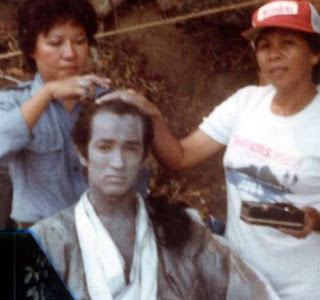 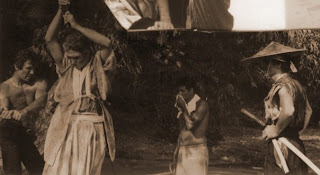 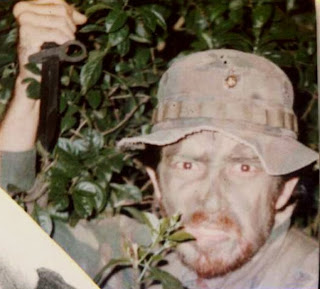 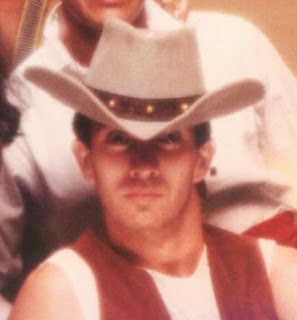 “For a western commercial on television, .” 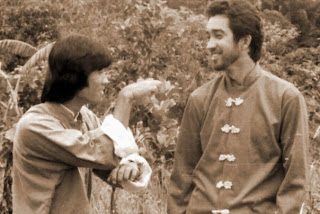 “Jack Lee from , with Don on Bruce's Five-Style Fists" 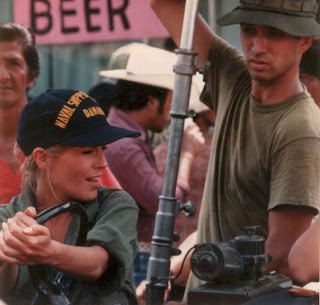 “Cheryl Ladd and Don on set of Purple Hearts"