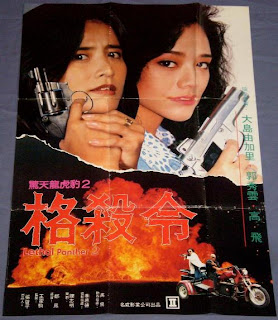 [Released on German DVD as “Lethal Dragon”, on UK VHS as “Lethal Panther”, and elsewhere (unconfirmed) as “Blood And Guts”] 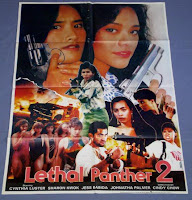 Named Lethal Panther for its UK release since the actual first, unrelated film was blessed with Deadly China Dolls, this contains precious little Cantonese speaking performers as leads since the Philippines was used as a location. Phillip Ko appears briefly and choreographs the action and while quick-cut editing is an issue, this is unusually strong, acrobatic gunplay coming from him. The team for once channels the need for excess and creativity so above average for a Ko Fei production it definitely is, with Yukari Oshima responding dependently. Watch out for a brief but obviously Bullet In The Head inspired car finale. Drama in between is just basic framework for mentioned action aspect but we do get to the fair goodies within relatively short periods of time.

Yukari leads an Interpol/NBI investigation of a weapons smuggling organization with ties to Japan, but operating in the Philippines. “Albert” is a macho Manila detective whose wife was killed by the gang. Philip Ko briefly appears as a gang member who is killed by the NBI team during an attempted kidnapping. After his partner and a bystander are killed, Albert takes a surviving witness to his mother’s country home. The location is betrayed and the homestead attacked.

Albert and Yukari then confront the gang at their hideout. While some of the fight scenes are spoiled by wire work, other sequences are better than average for Filipino action movies. The final fight is quite well done, but would have been even better had they left out the wires. The Cantonese version of this movie appears to have the most natural dialog and script, with a soundtrack apparently inspired by “Terminator.” 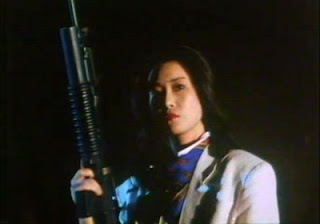 Before the juggernaut of Jurassic Park de-railed the local HK movie industry (or, perhaps more accurately, put it off course) by becoming the all-time box office champ, HK studios were producing a record number of movies per year. To take a quote from Tsui Hark about Wong Jing's movies, most of these were "cheap, fast and no good," and Lethal Panther 2 is a good example. This cheapie (shot in the Philippines) is so derivative of other movies that it copies stuff from them wholesale, such as music from The Terminator and a "car joust" at the end ala Bullet in the Head. It doesn't really help matters that the film is edited so badly that it started giving me a headache about halfway through.

The story has Yukari as an Interpol agent who comes to the Philipines in search of some Japanese terrorists…and that's about it. There's the usual attempts at humor and romance, but they all fall flat, as does most of the script -- which really hampers the movie as a whole. And, as per usual for most of Yukari's films during this period, the emphasis here is really not on Yukari, but rather on a two-bit actor trying to make a name for themselves; this time it's a low-rent gweilo who makes Jeff Speakman look like a tough guy. Major Yukari fans might still want to give this one a look, since the role is a bit different for her (she actually smiles -- and not in an evil way -- during the movie) and it's one of the few times she's used wires onscreen. 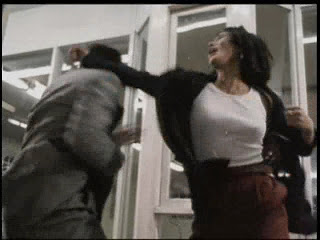 Oh Philip, how could you? Well, he could, and he did...many times over. One cheap-ass, mindless, uninspired Filipino flick after another. And this one is no exception.

It really pains me that the once mighty Philip Ko Fei, a name that to me use to mean quality, chose this path for himself. I also feel bad for poor Yukari Oshima, who he dragged through more B-movie schlock than I care to remember. And I doubt this would have happened had the two not been an item at this time. But I guess "the Osh" was just standing by her man, and I admire that. 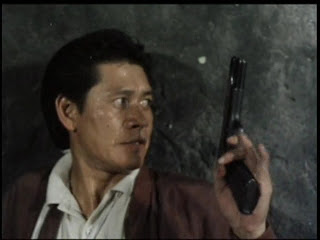 This movie is as about as cheap as it gets. Well, maybe not, but it's pretty damn cheap. Philip, Yukari, and Sharon Kwok are the only known actors in the entire movie. The rest (including the male lead) are just Filipino no-names who look like they just stepped on the set in whatever clothes they were wearing, and whose sole motivation seems to be the paycheck at the end of the day. Forget the story, forget the characters. At this point, Philip had just stopped caring, so you don't have to either.

But at least the action delivers, right? Wrong! Yukari was one of the best female screen fighters of all time, and I love that little snaggletoothed Japanese tomboy to death. But not even she could save this clunker. There are odd moments of halfway-decent choreo. But for the most part, it is just a messy mix of awkward, acrobatic gunplay, retarded use of slo-mo, poorly edited fight scenes, and wonky wirework. What a waste. 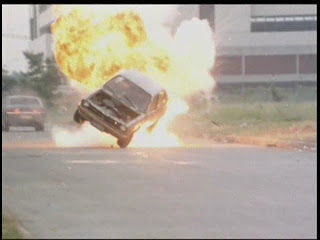 But the silver lining here is the final showdown, which is pretty damn awesome! Actually, no, it's not, I'm lying. It's just more of the same crap, set to the theme from "The Terminator" and complete with a blatant rip-off of the car jousting battle from "Bullet In The Head". And they couldn't even get that right.

To sum up, this movie is piss poor, and a complete and utter waste of time. I wouldn't even recommend this for Yukari completists, 'cause this would be a shitstain on any movie collection; and I will in fact go and throw out my copy right now. 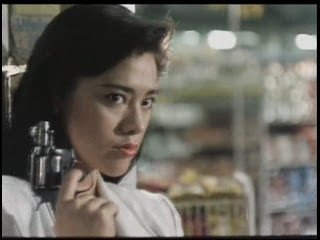 Let me get the story synopsis out of the way: an international criminal syndicate (two of whom are Phillip Ko and Ronnie Ricketts) is executing a vendetta against a Phillipines NBI officer who proves to be a thorn in their side. A Japanese Interpol officer (Yukari Oshima) and two HK detectives (one of them Sharon Kwok) join the Filipino officer to stop the bad guys. Along the way, a local lady becomes a witness to (and nearly gets killed by) the bad guys. Oh, by the way: one of the HK cops is a criminal plant. (Hint: it ain't Sharon!) Things eventually explode as the villains track down the good guys...and then the cops counterattack. Pretty much paint-by-numbers storytelling. 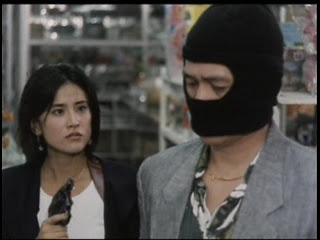 Unfortunately, it sounds better than it actually is. It's an all-around wasted opportunity by some genuine talent. The editing is for crap (I'd use a few expletives to better describe the editing, but I'll offend someone) and the music is pure second-hand (some of it you'll remember from a few other HK films and even THE TERMINATOR!). The action scenes aren't very well done; there's actual wirework involved in more than a few scenes. That's right: wirework. Now if it had a fraction of the quality SFX you'd see in a Yuen Woo Ping movie, that could be forgiven...but it gets so atrocious I actually winced at the execution. Bad movie! BAD MOVIE! 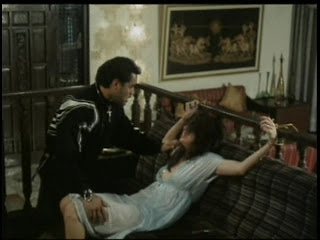 On the plus side: you have Yukari Oshima, Sharon Kwok, and I wish I knew the name of the actress who played the witness. They display their natural charisma (and they have a ton of it!), but their characters are so underdeveloped you can tell they had no choice but to go through the motions just to get paid. (You've guessed correctly if this is one of those films where Yukari is relegated to a one-dimensional avenger.) Ronnie Ricketts (bad guy number one in the movie) does the appropriate scenery-chewing, but that's all that can be said; Phillip Ko isn't around long enough to do anything but look menacing! Yukari has a few fights and gunbattles (especially at the end) but this is where some of that damn wirework comes into play. Someone -- ANYONE -- should have told the director that none of that crap was necessary! Sharon, unfortunately, doesn't get to do much except look gorgeous and tough (each when appropriate) and shoot a lot.

For Yukari Oshima fans and Sharon Kwok fans only. (It isn't a total waste of 90 minutes...) 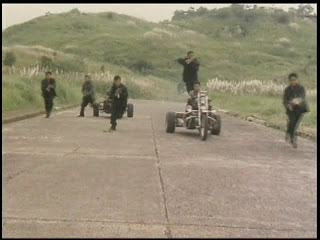 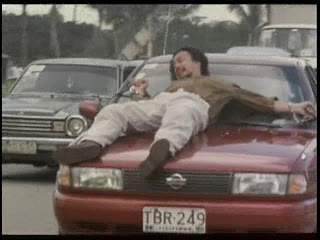 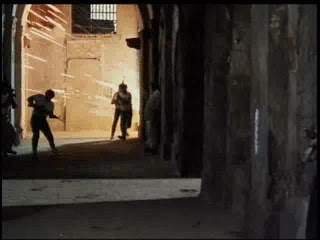