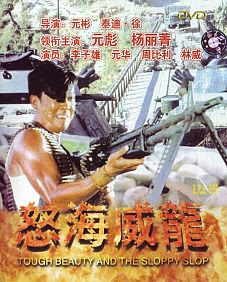 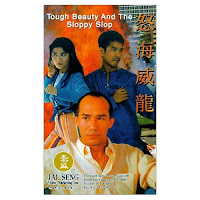 Three high-octane cops--an unorthodox one from Hong Kong, a straitlaced one from the Mainland, and one from the Philippines--join forces to demolish an insidious counterfeiting ring. Cops-and-robbers action fare taken to its most gleefully bullet-ridden extreme.

Cynthia Khan (presumably "Tough Beauty") and Yuen Biao (presumably "The Sloppy Slop") do their take on "Police Story 3", masquerading as unsavories and busting some bad guys out of jail to win their trust. After succesfully infiltrating the evil gang, they must resort to some oft-wacky techniques to protect their true identities... 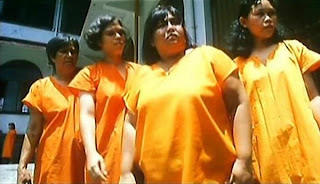 Mainland Officer Yiang (Khan) is on the tale of Wai (Lee), a high profile leader of a money counterfeiting scheme. Annoyingly, he persistently evades the long arm of the law due to his men's unfathomable loyalty to the cause but the Police are handed a loophole when it turns out that his wife is currently in prison in the Philippines. Yiang goes undercover to befriend her in the hope that it will lead her to Wai and during her time inside she is given a contact by the name of Li (Biao), a Hong Kong policeman who poses as her husband to keep up the facade. When Li helps to free the two friends all goes according to plan and the undercovers become members of Wai's gang, running various errands for him whilst supposedly hiding from the police. When it becomes apparent that there is a man behind the man, the two officers must use all their wits to avoid revealing their identities and try to bring the entire ring down.

The first thing that is instantly noticeable about this bizarrely titled 'Police Story 3' imitation is that this is low budget film making of the highest order. Film quality is poor and scripting is minimal, providing a springboard for a set of action sequences that will hopefully allow the film to capitalise on current box office successes. Established talent in the form of Biao and Khan (albeit stars that are down on their luck) are drafted in to bring recognisable faces to the charade but even their combined talent cannot help to make the story rise into the realms of rational thought. This is not to say it is completely unwatchable, just in a sort of P.S.3 through very clouded glasses type of way.

Never let it be said that a lack of script can mean the film is a total disaster though as the combination of classic action and quality cameos make this a film not to be overlooked. Yuen Biao can never have too much screen time when it comes to kung fu as far as I'm concerned and although he is not exactly tested to the full extent of his ability here, he does provide some noteworthy action moments for this performance. If anything, it's the choreography that lets the production down as the main dosage is simplistic to say the least with very little room for the extravagant. There is however an attempt to mix it up a little with a few acrobatic tricks thrown in along with slow motion gunplay that pops up now and again to impressive effect. Billy Chow is most likely the cream of the crop as he gets an extended appearance as the final opponent and it's worth the wait as he unleashes his powerful bootwork that compliments a satisfactory amount of martial artistry. 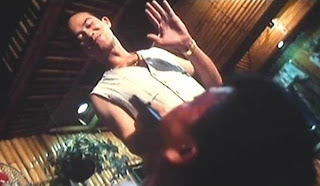 'Tough Beauty And The Sloppy Slop' has it roots firmly set in the Hong Kong style of film making that emerged from the 1980's. Who needs a huge budget or a masterful script when you can put together a fun action movie with some over-the-top fights accompanied by a little slap stick comedy. Despite the cash-in elements taken from other movies of this kind, it still provides enough entertainment to make it stand out and with a little more money and thought it could have become a classic of the genre. 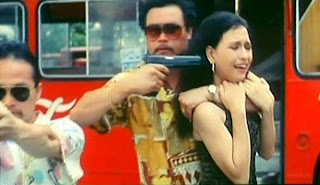 A multi-national gang headed by Mr. Wei (Waise Lee) and his boss (Billy Chow) and is using counterfeit money produced in the Philippines to buy and traffic them in mainland China and Hong Kong. In a police co-operation, Captain Yiang (Cynthia Khan) from mainland China is sent to the Philippines to join undercover Hong Kong cop Li Chin Tang (Yuen Biao) and Phillipino cop Major Sandos (Monsour Del Rosario) to solve the case. Together they must defeat hordes of gun-totting, martially inclined baddies, all while comedically trying to stay undercover.

This 80's styled mid-90's movie of an interesting title pairs martial arts and acrobatic phenom Yuen Biao with Cynthia Khan (In The Line Of Duty IV) under the direction of Biao's former Peking Opera classmate Yuen Bun. It's usually shrugged off as another semi-decent Supercop rip-off, and for good reason - it's just that. From the basic low-budget shootout opening, it's apparent that this Phillipino production will linger in mediocrity for the remainder of its duration, only made watchable by the saving graces of its two stars (referring to Yuen Biao and Monsour Del Rosario) and a superb villain, veteran Billy Chow (even though he only gets minutes of screen time and the one finale fight).

The fighting is fairly average. Choreography is basic kickboxing (80's style) and has enough of power and speed to mildy satisfy the taste for violence, but all of the fights are too short, and the camerawork isn't good enough to capture the action well. The fighting lacks energy and is slow way too often (for the exception of Yuen Biao, Billy Chow, and Monsour Del Rosario). Although most of the fighting appears to be tight, it's easy to spot off-timing reactions everywhere. The first martial arts fight is very brief, Cynthia Khan fighting Yuen Wah, and ends with Wah's double crashing through a scaffold. Looks very painful. Good end to a bad fight. The stunts would all be half-decent if not for the constant cutting (sometimes absolutely ridiculous like Yuen Wah and Cynthia Khan jumping off of a 3-story roof and landing on their feet), close-ups, and overall cheapness present in virtually all of them.

Phillipino Olympic Tae Kwon Do master and World Champion Monsour Del Rosario steals the show in whatever scene he's in offering some of the best Philipinno movie fighting ever (although only seconds of it are featured here). Had the fights been longer, and with better camerawork and stunts, this movie could have really been something with such talent.

The film wisely relies on comedy to carry through the plot in moment devoid of action, but comes across uninspired, and offers little to enhance the viewing experience. The chemistry between Yuen Biao and Cynthia Khan is good enough to keep viewers from being bored, but there are too few jokes of too little comedic value. Khan is slow and unconvincing in the fighting bits, but she looks good so that's forgivable, whereas Biao is noticeably kicked back instead of kicking bad guys. When he's taking part in the action, it's of course to his standard, but that's not much in terms of quantity.

The finale is definitely worth the wait, and is climatic enough. Rising tension explodes in a raging gun battle featuring some good (but short) martial arts showdowns. The automatic weapons are put to good use in the best action of the movie, and the fights are very well done here as well. Khan is at her best in the 2-on-1 face-off against Billy Chow with Yuen Biao. Hands down the best and longest fight in the movie, but Chow and Biao are capable of better. Fast, crisp kickboxing, great falls and stunts. Fantastic 4-star fight (minus the ending) that is worth watching even if the rest of the movie isn't.

Tough Beauty And The Sloppy Slop also featured a load of Hong Kong stars in cameos, but with such a basic film, it doesn't really add much. It's a mediocre attempt, but hey, you can't blame them for trying. Martial arts action movies were on the decline, and if the Phillipinnes were the only place to get it done, then why not - it's better than nothing. It will take more than the casual fan to enjoy the whole thing however. 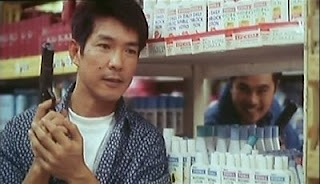 This B-movie shot in the Philippines plays like a throwback to the kind of cheap action films that studios like D&B Films churned out in the late Eighties. Starring Cynthia Khan and Yuen Biao, as well as Waise Lee as the villain (along with Billy Chow and Yuen Wah), it depicts the story of Khan and Yuen going undercover to infiltrate a money-forging, drug-smuggling crime syndicate. While doing so, they not surprisingly are given ample opportunity to put on a display of their Martial Arts skills. In fact, much of the story is really just filler material designed to bridge the time between the various shoot-outs and fisticuffs.

There's not much originality here, nor any great acting or story to speak of. Which is not necessarily a bad thing: the flick never tries to be more than a brisk, generic, action-filled time-waster, along with some banter between the two stars that is driven primarily by Cynthia's well-established prudishness. If you're in the mood for some mindless action fun, this movie certainly delivers, especially in the final explosive showdown with Billy Chow.

Not as good as the better known films in this genre, but I'd still give it a marginal recommendation. 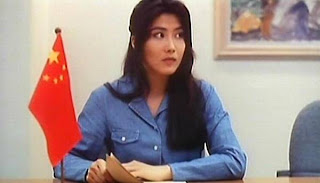 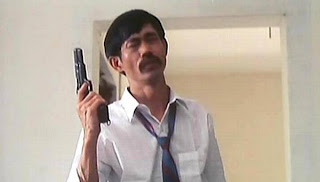 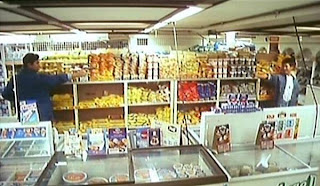 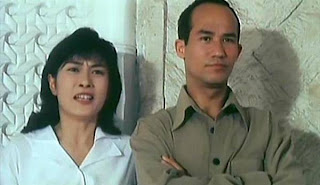 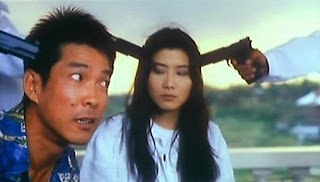 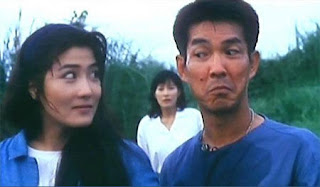 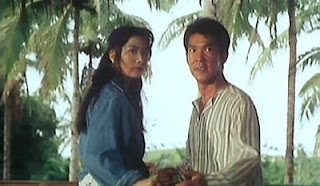 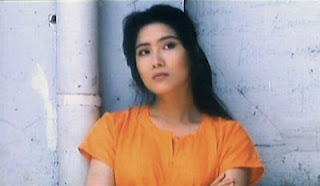