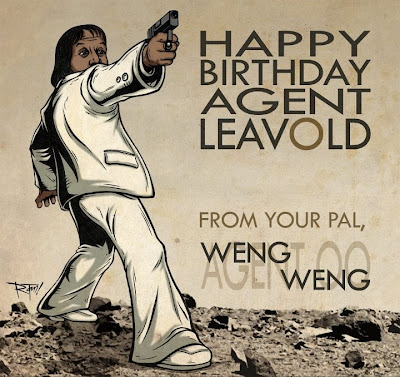 Interview with Andrew Leavold by Don Jaucian, The Philippine Star 21/07/12

When the history books of Philippine cinema will finally be dusted off, rewritten and repurposed for future generations of filmgoers, the entire segment of Pinoy B-movies will probably be relegated to a mere footnote; a fleeting mention of a sprawling narrative about weird creatures, exploitation films, goons dressed up as nuns, and bionic boys shuffling around the world’s film circuit, brandishing the flag of the Filipino filmmaking industry like a leprous cousin.

What’s even more interesting is that these films actually made money and sustained the local film industry for 40 years. Filipino B-movies were in demand worldwide. Filmmakers like Eddie Romero, Gerry de Leon, and Cirio Santiago (two of whom were anointed as National Artists for Film for their more significant works) made a killing with films like Mad Doctor of Blood Island, The Big Dollhouse, and Cleopatra Wong. These films were co-productions with international producers and made with one-tenth of a budget of a regular Hollywood fare. These English-dubbed movies featured mutated humans, bionic boys, gay satanic bikers, armies of Aztec midgets, and nubile Caucasian and African-American women in bamboo cages in the middle of the jungle.

It’s this lowbrow circus freakshow of a film subculture that drew Australian film historian and filmmaker Andrew Leavold to Pinoy B movies. 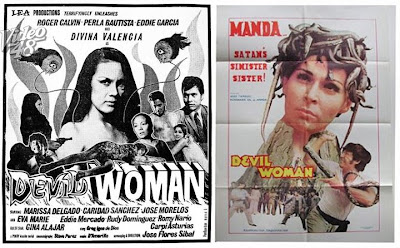 “I think initially the ‘What the hell?’ factor drew me to these films; the feeling that these films came out of a parallel universe where the rules of filmmaking have been turned on their heads. As I started watching more films I realized that there was definitely a style of filmmaking which was quite foreign to Western audiences but once you get used to the taste, it’s absolutely exhilarating. It would be like watching Swedish art cinema for the first time,” says Andrew.

Andrew has been going back to the Philippines (which he considers his second home) after meeting Cinemanila Film Festival director Tikoy Aguiluz in an Australian film festival he curated several years ago. This ignited his search for his personal holy grail: a two-foot-nine midget B-movie actor known as Weng Weng. He has since dedicated his life making his documentary The Search for Weng Weng, which until now remains in a thousand pieces after an Australian producer picked it up and mutated into Machete Maidens Unleashed.

“For me, Weng Weng is so deeply affecting purely because it has become a personal journey,” he relates. “It acknowledges Weng Weng the human being rather than Weng Weng the karate-kicking novelty. I’m uncovering the story that no one in the Philippines seems to have done. I just found it astounding that even the guy who trained and directed him in five films didn’t even know his real name. I met the director of the first Weng Weng film, Dante Boy Pangilinan, two weeks ago. I couldn’t believe my eyes. I embraced him like a lost brother. It was a weird moment. Weird sh*t tends to happen around the Weng Weng saga because I suspect he’s sitting on my shoulder, directing from behind the scenes.”

Andrew is also deeply fond of another actor who made his name in B-movie parodies of Hollywood films, Dolphy. His perspective on the comedy king’s career brings to light an alternative track running amok with comic book heroes, secret agents, and a whole lot of kung fu films. Weng Weng and Dolphy even worked in several films together including Stariray, The Quick Brown Fox, and D’ Wild Weng Weng. Both Dolphy and Weng Weng symbolized the ordinary Filipino in movies, taking on Hollywood clichés and dipping them into a uniquely Filipino perspective.
Dolphy As James Batman

“In the parody films, Dolphy’s vaudeville shtick translated perfectly once he started being featured in a starring role in the 1960s. The parody speaks so much about a playful anarchy and guerilla-style tactics taking potshots at Hollywood with a distorted mirror image of what it stole. There’s James Batman, where Dolphy played James Bond and Batman at the same time. That stuff is just genius. There were other films like Adolpong Hitler, Dolfinger. Where in the world would you find films like that?” Andrew explains.

Five years ago, he had the opportunity of meeting Dolphy for The Search for Weng Weng. The King of Comedy talked about working with the diminutive hero, and his own struggle to become one of the country’s top comedians.

“These were the golden moments in The Search for Weng Weng, sitting at a dinner table with Dolphy, eating pandesal and talking about 50-60 years of being a part of Pinoy experience which I could only experience second-hand. He does comedy well and he gets what the audience wants from these kinds of films. I’ve watched about 50 films of his. I don’t understand everything, but I get it. It’s going to be tough living in a world without Dolphy,” he says.

A F*Ck You To Hollywood

Despite the ridiculousness of B movies and parodies like Dancing Master, Terror is a Man, and TNT Jackson, these are all cudgels of cinematic heritage that academics and film historians shouldn’t overlook. They might be low-grade spectacles of blood, sex, violence and slapstick catering to a lower class of audience, but these are great examples of the Filipino ingenuity in filmmaking, producing highly marketable films made with very low budgets and were distributed in drive-ins, theaters, and homes around the world. These co-productions became the training ground of Filipino filmmakers, however shoddy the resulting films were, guided by international standards that trickled into local cinema.

“Let’s talk about pulp and commercial cinema [in a way] that isn’t condescending; in ways that actually do recognize achievement,” Andrew relates. “More than anything, Weng Weng represents a ‘f*ck you’ to Hollywood; that they were able to take on Empire Strikes Back, in the West Indies in Christmas of ’82 and beat them. It is the little Pinoy guy saying we can do it on our terms even if we have to steal the James Bond idea and have a midget James Bond with a small budget and still come out a winner. I think that’s incredibly cool. These were the Filipino guys who are able to do some amazing things on their own terms and resources. They showed such ingenuity and pioneering spirit, forging distribution channels rather than piggybacking on the Hollywood dream machine.”
Posted by Unknown at 10:11 AM